Life and accomplishments of Frank McGrath 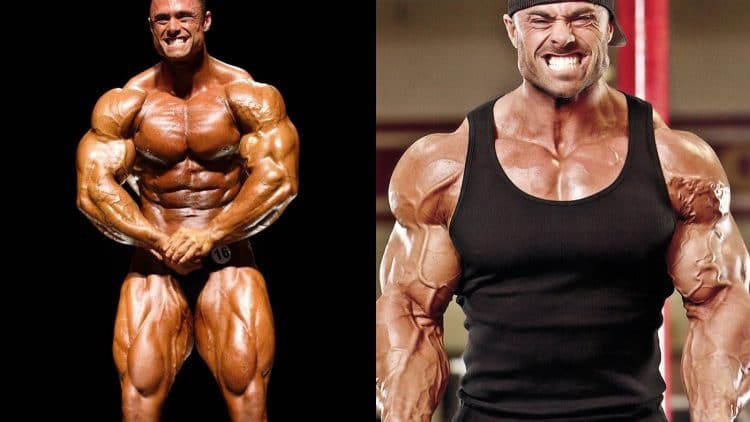 Frank McGrath is a Canadian IFBB Pro bodybuilder and sponsored athlete. This is his complete profile, biography, training regimen, diet plan, and more.

Frank McGrath was born in St. John’s New Foundland and Labrador (Canada). And like many young boys growing up, he was fascinated with strong and muscular figures, even having idolized the 7x Mr. Olympia icon, Arnold Schwarzenegger.

But McGrath wasn’t always the mass monster that you see today. In fact, he has mentioned being a skinny kid compared to his classmates growing up and would always get picked last to be on teams during physical activities.

However, as the years progressed he began training and was able to build some serious size.

He began training at 14 in his parent’s basement with a basic setup and after three years was benching 300 pounds. Then he went to University at 18 but he said he didn’t take it seriously and pretty much just partied for three years. In a recent Q&A, McGrath admitted to using his student loans to compete in his first bodybuilding competition (2000 Newfoundland Championships) which he did win.

McGrath’s arms/forearms are some of his most notable bodyparts in addition to his insane and recognizable vascularity. This is definitely due to his genetics but, of course, he has put in a lot of hard to build his physique.

In his early 20s, McGrath had competed in a few shows and eventually earned his Pro card in 2003 at age 25.

He showed a lot of promise with his impressive proportions competing in several more shows but unfortunately, suffered multiple injuries and was involved in a car crash several years later which sidelined him from competition.

McGrath started competing in the early 2000s and a few years later earned Pro status after winning the superheavyweight and overall at the CBBF Canadian Championships. He completely dominated this contest having won his category with just the first call-out. McGrath earned this victory after just seven weeks of preparation.

Below, you can see how McGrath progressed over several years. The first photo is him at 25 when he earned his Pro card. The second photo was him at 26 at his first Pro show (2004 Toronto Pro Invitational), and the last photo was him at age 34.

McGrath isn’t focused on competing again at the moment but it’s definitely possible depending on how his progress comes along. Although he hasn’t competed in a while, he still does have a love for it.

In 2008, McGrath suffered a tricep injury after doing heavy skull crushers right before the Arnold Classic competition that year.

Then two years later, he got in an automobile accident. A car jumped over a median and smashed into his vehicle head-on, which tore the skin where his tricep injury was, collapsed a lung, damaged his spleen (had it removed), and caused him to lose a lot of blood.

After McGrath recovered, he returned to competition and placed 3rd at the 2011 Tampa Pro Open. He then competed at the Olympia the same year but finished a disappointing 16th place. He didn’t compete in many shows after that.

McGrath has definitely experienced some challenges but has not let these occurrences affect his passion for doing what he loves. McGrath is a very hardworking and dedicated individual.

While many of McGrath’s training videos are on the internet, he recently started a YouTube channel (Wrath Army). His new series has featured several of his workouts and right now, he’s focusing on “rebuilding” his physique after having taken a step back.

McGrath explained in the first session that he doesn’t really count sets as he trains off of feel. So he might do one or three working sets depending on what he feels is necessary.

Back and bicep workout

McGrath has suffered with a few shoulder injuries over the last few years and so he had had to take it easy when it comes to training them. But he explained that his shoulders are getting better and his goal now is to improve their development.

This was his shoulder routine…

In a more recent video posted at the time of writing this article, McGrath uploaded a leg training video as part of his new series of workouts.

McGrath starts off with a few minutes of cardio and foam-rolling for his knees before hitting the weights on leg day. Again, he goes by feel and progressively increases the weights for each exercise. Although, he definitely pushes to his limits.

Currently, before a gym session, McGrath has a shake which consists of Redcon1 Cluster Bomb (carbs), Big Noise for pumps, and Total War which is a pre-workout.

There’s isn’t much information on his present nutritional regime. But here’s an example of four meals that he’d usually eat when on the go from a few years back when he was with the company ‘Animal’, of which he also filmed many popular workout videos.

One carton egg whites w/ cup of oats and banana

McGrath’s favorite cheat meal is fried chicken from a restaurant called Mary Brown’s in Canada. He has been eating it since he was a kid and says it never disappoints.

Aside from recently starting a YouTube channel, McGrath explained in his Q&A (on his channel) that he’s now working with the companies Redcon1, Herbstrong, and Ironbull Strength. He mentioned that although he loves partnering with these companies, he wants to start his own brand.

So, he’s currently working to make this happen and is hoping for big things to come in 2021.

Frank McGrath is a true inspiration. He has gone through a lot in his life and career but hasn’t let it stop him one bit. He’s definitely doing big things working with multiple companies and having started his own YouTube channel. He plans to have his own brand very soon and 2021 should be a big year seeing as he’s currently working hard to make things happen.

And while competing isn’t his concern at the moment, he’s not to be counted out as it’s possible he’ll step back on the step sometime in the near future.