No Result
View All Result
Arms
Fact Checked
Fact Checked
This article was written by one of our qualified writers, and fact-checked by our experts. The numbers in parentheses (e.g. 1, 2, 3, etc.) throughout the article, are reference links to peer-reviewed studies.
Our team of experts include a board-certified physician, nutritionists, dietitians, certified personal trainers, strength training experts, and exercise specialists.
Read Our Editorial Process 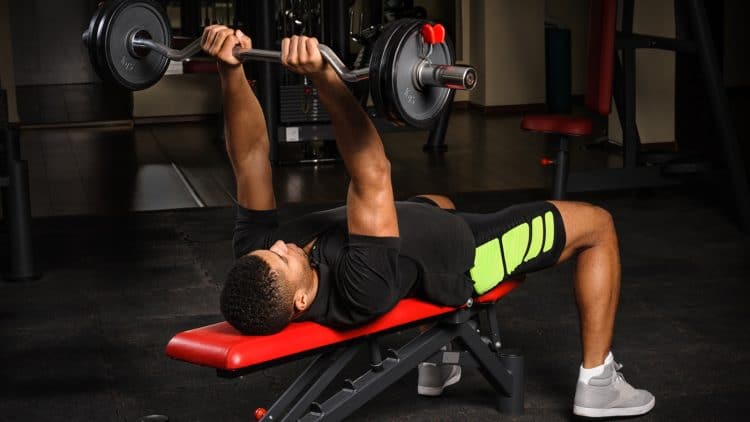 When building stronger and bigger arms, the triceps is the muscle that requires the most attention in the gym. The Tricep muscle covers more surface area than biceps and is used more frequently when heavy lifting is required. While dips and close grip push-ups are decent options for building stronger and bigger triceps, neither of those exercises provide the most stimulation to the triceps.

The best tricep exercise emphasizes the long head of the tricep muscle. The French Press exercise is one of the best tricep exercises. However, it’s also one of the most commonly incorrectly performed exercises. The following guide will provide you details on the muscles worked, how to properly perform the exercise, best variations as well as a sample on incorporating the exercise into your workout routine. 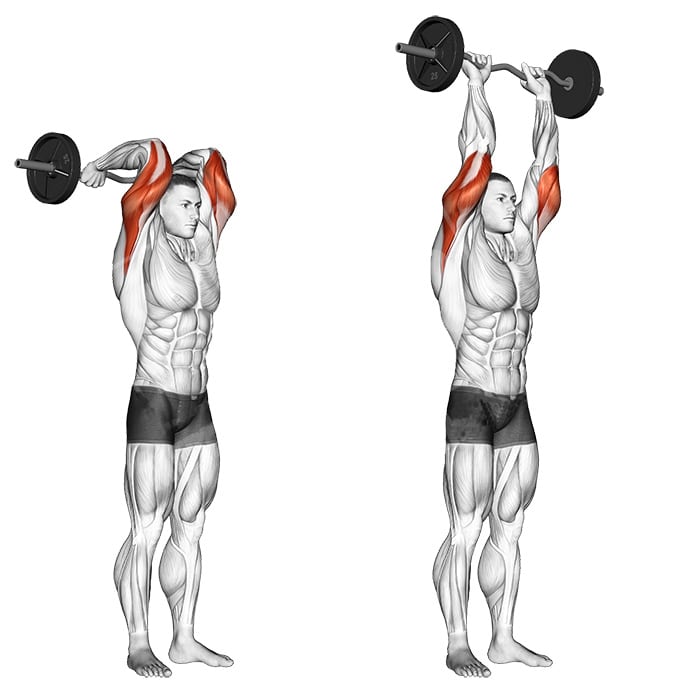 In addition to building your triceps, French presses also activate muscles throughout your upper body and lower body. This is due to the stabilization required to properly perform the exercise. Muscles stabilized include glutes, core, lower-back muscles, pecs, and deltoids.

How to Do The French Press

Get the most from the French Press by utilizing proper form and following these guidelines:

Triceps exercises such as the French Press can have many benefits. Here are three. 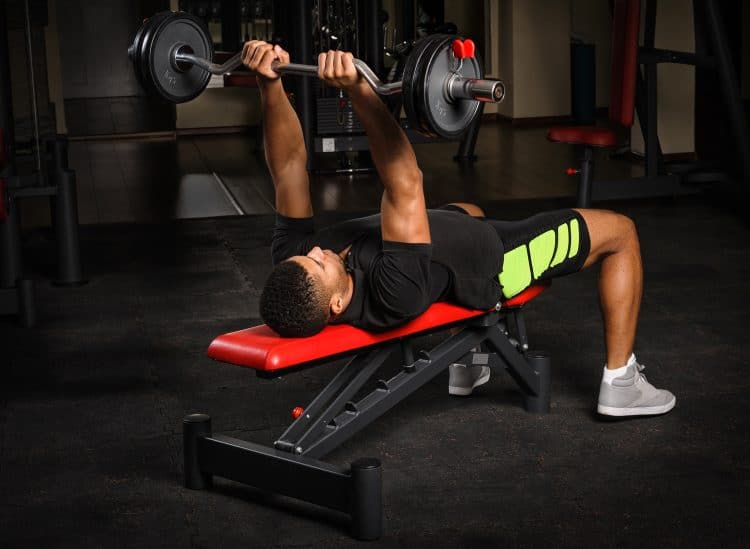 The Lying French Press allows you to perform this exercise with more weight. This is due to the ease of stabilizing your body.

To perform this variation, lay flat with your back securely placed on the bench and arms above your head, slightly perpendicular to the body (hands should be shoulder width apart and you should be looking directly at the EZ Curl bar). From there, repeat steps 4-6 above. If you do not have a bench accessible, this variation can also be done lying on the floor.

To perform this variation, sit on an incline or flat bench. It is important that you maintain perfect posture, sitting as straight as reasonably possible. Make sure to stabilize your upper back with elbows pointing forward. From there repeat steps 4-6 above.

If an EZ Curl bar is not accessible, French Press variations can be done using one or two dumbbells. This is also the best option when correcting muscle imbalances. When using two dumbbells, arms should be lifted with palms facing each other and the dumbbell handles should be horizontal or parallel to the floor at the starting position. When using one dumbbell, you can perform the variation utilizing one or both arms.

For one arm, grab the dumbbell the same way previously described – arms lifted with palms facing each other and dumbbell handles horizontal at starting position.

For both arms however, grab one of the dumbbell weight plate ends with both hands with the other end dropped towards the head/body; this is known as the diamond grip. The dumbbell handles should be vertical or perpendicular to the floor at the starting position and throughout the entire movement.

The French Press is a great exercise that can be incorporated in nearly any bodybuilding workout. They pair well on arm day with bicep exercises, or even push and pull splits. Below are three workout samples that incorporate the French Press Exercise while utilizing different splits.

The French Press can be a huge game charger for your workout routine. The ability to emphasize the triceps muscles to increase its strength and size differentiates the French Press from many other exercises. While there are various ways to perform the movement, proper form is vital to successful growth and injury prevention. Start off light, gradually working your way up. Your triceps will be big and strong in no time.

Strong arms are a prerequisite for performing almost every upper body movement. The triceps come into play every time you...

Strong arms are important for most upper body movements. Every time we push something, the triceps are doing the work....

Bodybuilding is a time-consuming activity. Not only do you have to find time to train 4-6 times a week, but...

The triceps brachii, or triceps for short, is a crucial muscle in bodybuilding. Located on the back of your upper...