A lingering groin injury has forced Graham Hicks to pull out, just before the start of the 2021 WSM, to be replaced by Ervin Toots 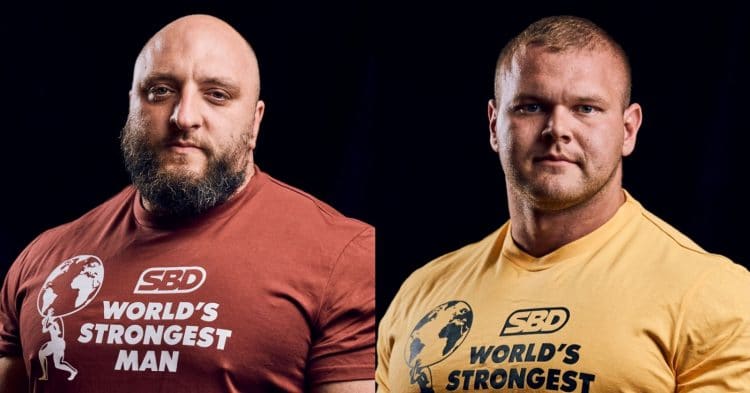 The 2021 World’s Strongest Man takes place June 15th-20th, in Sacramento, California. Unfortunately it will be taking place without Graham Hicks on the roster, after a lingering groin injury has forced him out of the contest.

Hicks made the announcement on his Instagram, with a video explaining the situation. Here he revealed that he had a lingering injury that he was trying to work through, with an issue in his groin.

While he tried to power through the competition, he was unable to do so. When he was testing the weights ahead of the contest in Sacramento, it became evident that he had no choice to pull out of the contest.

“Unfortunately I have had to withdraw from the contest. Not an easy thing to do. I had a groin injury from a few weeks ago, and it affected squatting to the point that I couldn’t squat anything,” Hicks explained.

“We had equipment testing today… and I got up to 221 kilos for one rep, and then I was sick because the pain in my nuts was that severe. That’s what happened, so I’ve had to allow someone else in, which is only fair for this sport.”

With Graham Hicks being forced out of the contest, he is in need of a replacement. Luckily, there was already an alternate selected for the roster, and he was already In California, ready to compete.

The World’s Strongest Man officials confirmed the news that Graham will be replaced by Ervin Toots. This will be Ervin’s second appearance at the WSM, but in his first appearance last year, he was forced out of the contest partway through, with his own injury during the first day of competition.

With this switch, Toots will now replace Hicks in Group One of the qualifiers. Here, he will be competing against the likes of Maxime Boudreault, Travis Ortmayer, Brian Shaw, and Aivars Smaukstelis, to earn a spot at the Finals.

Editor’s Note: It has since been revealed that Ervin Toots will be in Group Five, switching places with Gavin Bilton who will now compete in Group One.

Of course this is a massive disappoint for Graham and his fans, but it is hard not to feel happy for Ervin getting this chance at redemption. He only competed in two events last year, so it will be interesting to see how he looks in this group over the next few days.

Time will tell if Ervin Toots is able to live up to the shoes of Graham Hicks. Either way, this exciting competition continues to roll on, and you can stick around Fitness Volt for more event coverage from the 2021 World’s Strongest Man.