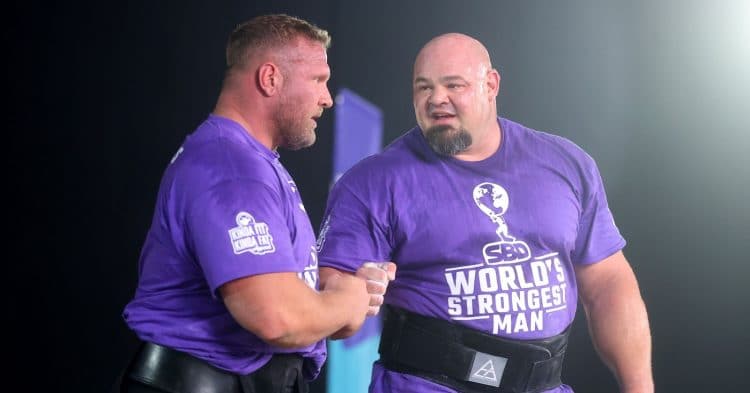 The 2021 World’s Strongest Man is approaching fast, and fans are buzzing with anticipation for this massive strongman event. Now we know which athletes will be facing each other in the qualifying rounds of the contest.

The WSM will be moving from Florida to California this year, but the excitement is still the same for the contest. The best strongman athletes in the world will be coming out to establish themselves as the strongest man on the planet, and they will be going through a gauntlet of activities to prove that.

As the contest gets closer, more and more details have been revealed, regarding what fans and athletes can expect this year. We already know the roster of athletes competing, the officials overseeing the contest, and the list of events that will take place.

However there were still some unanswered questions about the 2021 World’s Strongest Man. In particular, there were inquires as to how the athletes will be divided into groups, for the qualifying rounds of the contest.

Now we have an answer to that question, thanks to an Instagram post from the contest’s official page. Here we got a breakdown of the five groups of athletes who will be competing to determine who advances to the Finals.

This is the grouping for the 2021 WSM qualifying rounds:

There are a lot of things to like from each of these groups, but Group Five seems to be the most intriguing. With 2020 WSM winner Oleksii Novikov facing off against the likes of UK’s Strongest Man Gavin Bilton, and the other three men, anything could happen in this group.

About a month ago, word got out of the event lineup for the 2021 World’s Strongest Man, and it is exciting to see. In particular, we will be seeing a new event in the form of the Titan’s Turntable, which sees athletes pushing a train car on a platform.

Below are the events for this year’s contest:

The 2021 World’s Strongest Man goes down June 15th-20th, in Sacramento, California. Stay tuned to Fitness Volt for more coverage from the contest, including event results, athlete interviews, and more.