One test you absolutely don't want to pass. 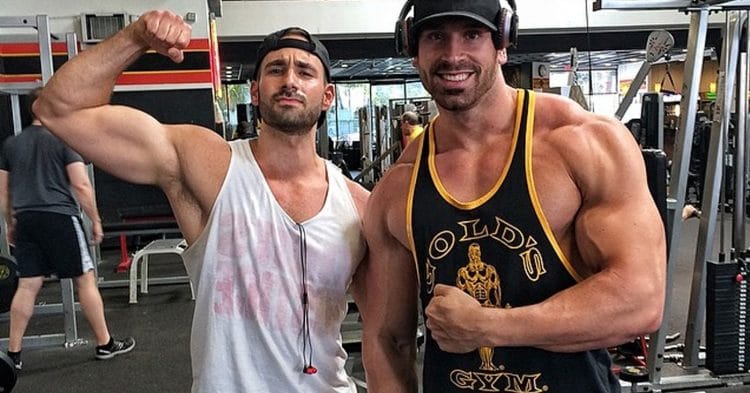 If you thought being friend-zoned is the worst that could happen to you, brace for this article. As soon as you’re labeled a gym bro, no one will want to be seen around you. And the thing about being gym bro-zoned is that everyone in the gym knows about it – except you.

We’ll be honest, many of us think Dom Mazzeti (BroScienceLife) is funny, but if you’ve been following in his footsteps, you should know that you’re going in the wrong direction. Referring to yourself as an alpha male and/or king also doesn’t help.

Just so we are clear, there is nothing wrong with being a gym bro. Actually, we are indebted to the bros for many new scientific discoveries in the fitness world. How is that, you ask? If it weren’t for the broscience and their insane claims, we don’t think the real scientists would have moved so quickly to figure out what’s true and what’s not.

Most people who join a gym start their fitness journies training under a bro and it’s how they learn the basics. Heck, it’s how I started my lifting career, and I’m not ashamed to admit – I wanted to be just like my brofessor.

With that said, there’s a thin line between being helpful and a jerk. While some people deliberately poke their noses in other’s businesses, some try to help with genuine intentions and yet fall into the gym bro category. If reading the introduction makes you feel like you’re on pins and needles, you should take this test to check if you’re a gym bro.

Disclaimer: take the test in an isolated place where no one can see your tears.

The Next Fitness Celebrity

If you always have a camera on yourself while you’re working out, you have a problem. A broscientist never films himself working out, he’ll wait for an injured lamb (a newbie) in the bushes like a cheetah and pounce on his target as soon as he spots an opportunity. If the lamb agrees to film an Instagram Reel, the bro has probably earned himself a new follower by the end of the set.

A bros Instagram can give him away. If your timeline is full of half-naked jacked dudes, you’re halfway there. If you’re posting your entire fitness routine – from your workouts to your diet on Instagram stories, there’s no hiding the fact that you’re trying to be the next Instagram fitness model.

The gym bros have a soft spot for the ladies. If you’ve ever corrected a girl’s form while she was squatting or even better – have offered to spot her, everyone knows what The Rock is cooking. Not to mention, the bros are self-proclaimed glute building experts.

The good-meaning bros will tell you that the donkey kicks, hip thrusts, side clams, and glute bridges are better booty-building exercises than the squats and deadlifts.

How Much Do Ya Bench?

You’ll never have a bros respect if you can’t bench 315 lbs, and squat and deadlift at least 405 lbs. The bro will tell you that they did five plates on each of these exercises in their heydays. The half-rep shrugs that they do with two plates now are just a result of their injuries – stop judging them.

This is a classic. You can never be a gym bro if you’re not good at unsolicited advice. A bro is a coach that you never asked for or never needed. As the age-old saying goes, “You don’t choose a gym bro, the bro chooses you.”

A bro fails to realize that everyone’s body is built differently and what works for someone might not work for the other. You need to figure out what your body responds to the best and double down on it. But if you were to believe a gym bro, it’s either their way or the highway.

Gym Bros Think The Weight Room is For The Men

If you picture the cardio area to be painted in pink and the weight training section to be bleeding blue, you’ve got what it takes to be a brofessor. You’ll often find the bros tell the ladies that lifting weights will make them bulky and they should rather spend their time on the cardio equipment.

A typical gym bros training schedule looks something like this: 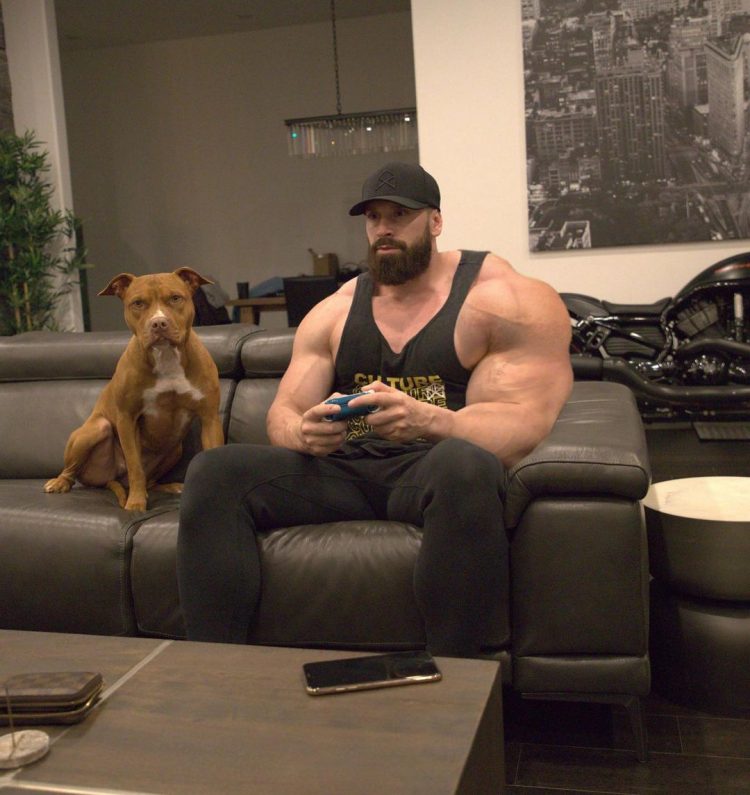 No wonder most gym bros look like light bulbs – a big upper body with chicken legs. Legs are the foundation of the body. Weak legs and a big torso are equivalent to a skyscraper with a weak foundation. Would you be comfortable living in one such building?

The bros love to flaunt their chiseled bodies. You’ll find them training in shorts, tights, and tank tops in the gym. They consider their bodies pieces of art and put them on display for the world to watch. Do the other people appreciate the strip show they’re forced to watch? We don’t think so.

Being comfortable in one’s own skin is a very powerful thing, and it is one of the things that many people lift weight for but there is a time and place for everything. You shouldn’t look like a homeless person or a Calvin Klein underwear model in the gym.

Spends at Least Two Hours in the Gym

Two shifts of people train and leave while the average bro is still not done with his workout. For a bro, the amount of time he spends in the gym is directly proportional to the gains he’s going to make. Tell a bro you spend 45 minutes in the gym and he’ll never take you seriously.

For a bro, the gym is not just a place to train – he socializes, eats, showers, and relaxes in the iron paradise. Brofessors are also the first ones to reach the gym in the morning and the last to leave at night.

Gym Bros Can’t Sleep Without Gulping Down a Protein Shake

The scariest things for a bro are not snakes on a plane or encountering a shape-shifting predatory clown in their small town but the thought that they’ll lose their muscles while they’re sleeping. A true broscientist never hits the sack without gulping down a casein protein shake.

You’re a true bro if you wake up in the dead of the night to eat a meal so that your muscles don’t starve and your body doesn’t break down, and burn your treasured muscles to keep your heart pumping.

You Can Beat Steve Jobs at Being Innovative

Only rookies use the leg press machine just for training legs, legends can use it to train their shoulders. If you can use a machine for more exercises than what it was designed for, you sir are a bro. When a seasoned bro starts his workouts, the entire gym stops and learns from his new techniques and exercises.

Many gym bros are infamous for their drug use. Juiced-up bros love to pose as natties and take offense when someone asks them if they are on something. While they can go on hours talking about their strict diet, training, and recovery programs which have helped them achieve their 20-inch arms and a 54-inch chest, everyone knows what’s happening behind the closed doors.

Gym Bros Can Speak the Language of the Gym

A beginner wouldn’t understand a discussion between two bros. He’d feel like Alan Turing in The Imitation Game trying to decipher the enigma. ROMs, DOMS, TuTs, AMDR, 1RM, BFR, ATP are some of the terms that the bros throw around casually. 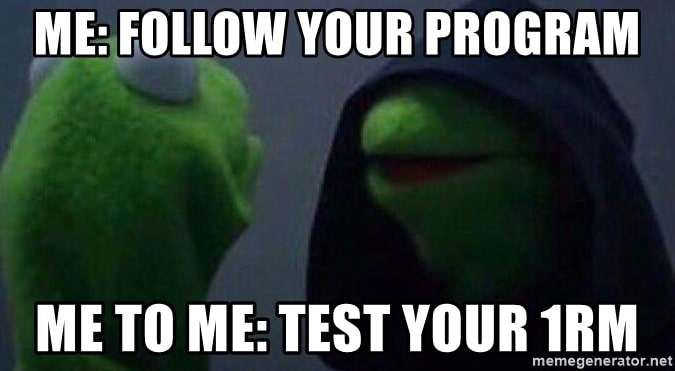 You Badmouth the Machine Exercises

Brofessors are big on training with free weights. They believe compound exercises are what build muscle size and strength. The bros only use the machines for ‘toning’ their muscles. For a bro, the cable tricep pushdowns can never replace the skullcrushers, and the pec deck flyes can never take the place of dumbbell flyes.

Whenever you wear gym gloves or use a barbell pad for squats, know that the bros in your gym are despising you. According to the bros, weightlifting is a hardcore sport. It is supposed to hurt, and you should learn to own the scars and callouses.

A Digger For Good Lighting

If there is an Instagram-friendly spot in your gym, the bros will find and exploit it. You’ll see so many pictures of them in the same spot that you’ll never want to get a picture clicked in that corner again. The gym bros are great at figuring out the direction of the lighting, how it reflects on their bodies, and what poses fit best for creating the illusions.

Spend some time with a brofessor and he’ll tell you everything about supplements. The supplements you should be taking and the ones you need to be avoiding. At the end of these free mini-seminars, most of the bros will also try to sell you their affiliate products.

Tally your score to check if you are a gym bro:

How well did you do on this test? Let us know in the comments below.

Asian Squat: How This Simple Movement Can Change Your Fitness Life

HIIT for Beginners: How High Intensity Exercise Can Dramatically Improve Your Workout