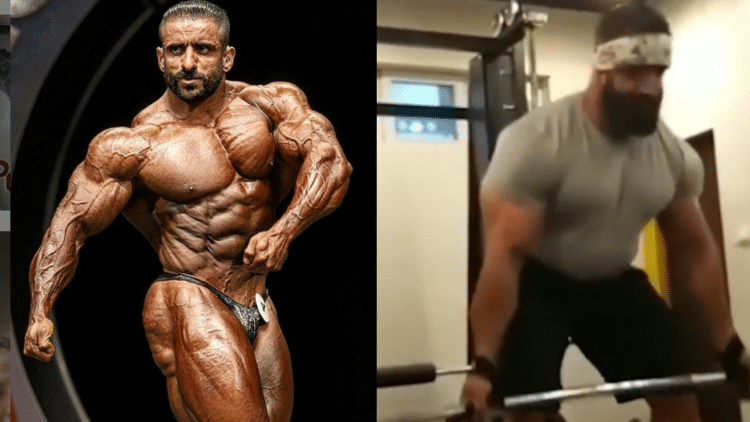 Hadi Choopan had a big year in 2019, albeit not as successful as he may have hoped. However, he is preparing for an even bigger 2020, by doing some strong workouts.

Choopan was able to have the biggest year of his career this year. For the first time ever, he was able to compete in the Olympia. Although there was some debate as to what division he was competing in, and some drama earlier in the week. Nevertheless, he would ultimately end up in the third place position of the Open.

This performance from Choopan was well beyond the expectations of many, considering it was his first appearance at the show. On the other hand, people who were in tune to the situation, recognized that the only reason he had not competed in the Olympia before was due to his Visa issues. Subsequently, there was a ton of excitement to see how he would look on the world’s biggest stage.

Following this exciting performance, Hadi Choopan has vowed to make 2020 an even bigger year. As a result, he has been working hard in the gym to improve his package. In a recent Instagram post, you can see a bit of that work that he has been doing. The video shows Hadi working his back, and looking unstoppable in the process.

One of the biggest complaints about Choopan at the 2019 Mr. Olympia was that he lacked size. In part, this was due to the fact that he was on the fence about either competing in the Open or 212 division. Subsequently, if he decides to focus his attention on the Open moving forward, he will likely have more success. Judging by how big he is looking in the video, it seems like he has made that decision.

Hadi Choopan seems focused on making 2020 an even better year for him than 2019. With training like this, there is a strong possibility that he could make that a reality.