Following his fourth place score at the 2020 Mr. Olympia, Hadi Choopan gets back to work to prepare for next year's contest 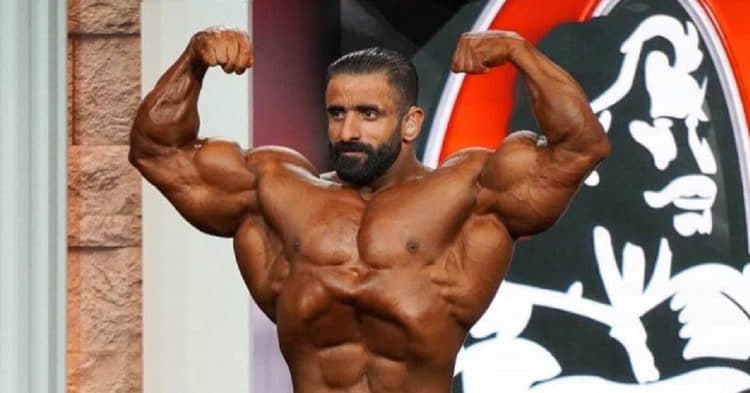 The 2020 Mr. Olympia just wrapped, after taking place December 17-20th in Orlando, Florida. After scoring fourth place at the contest, Hadi Choopan is not wasting any time, getting back to work and apparently starting prep for next year’s contest.

It was a hard for Choopan to get into the United States for this year’s Olympia, which seems to oftentimes be the case. However just a few days before the contest, he arrived in the country, leaving fans to wonder just how he would look onstage. Initially he looked good but not great, not seeming to have changed much between last year and the prejudging on Friday night. However he showed a much improved physique during the finals, before ultimately landing in the fourth place position overall.

Despite the contest having just concluded, it seems that Hadi Choopan is already getting back to work to improve on his weak points. His coach, Hany Rambod posted to Instagram to show his client already back in the gym. Apparently just a few days after the contest, Hadi is back in prep to get ready for the 2021 Mr. Olympia.

Now it is hard to say how serious Rambod is about Choopan already starting prep for 2021. However the Iranian is clearly still fired up about the way this year went. He looks hungry and ready to improve so that next year he can be a bigger threat to the Olympia throne.

That being said, it is not like there is a lot for Choopan to improve on, considering that he was just a single point away from coming in third, and beating seven-time Olympia Phil Heath in the process. In fact many people argued that he should have done just that, and repeat his third place score  from last year. There is also the fact that when it came time for the finals, the only person that the judges thought looked better than Hadi, was Mr. Olympia himself Big Ramy.

While the results were not exactly what he wanted, Hadi Choopan should be proud of the way he performed at the 2020 Mr. Olympia. Of course, it is good to see him motivated to be even better next year. Hopefully he can figure out a way to make the process of getting his U.S. Visa smoother, and he will not be in such a rush to finish his prep by the time next year comes around.

CrossFit Strength Program – Why and How to Strength Train for CrossFit