Hafthor Bjornsson explains his reasons for retiring from strongman competition, and reveals the hardest parts about being so big 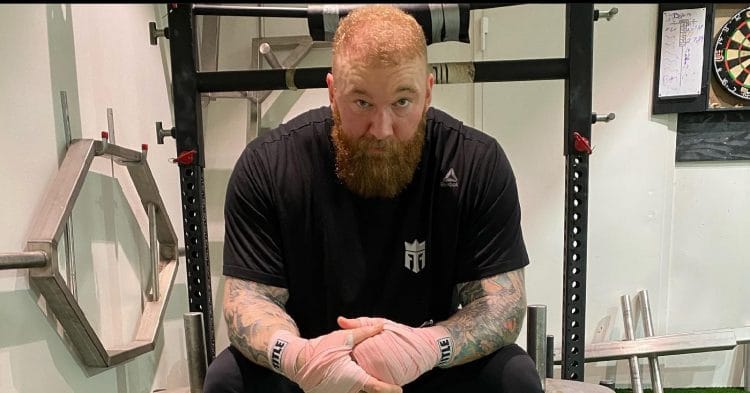 When fan favorite strongman Hafthor Bjornsson retired from strongman, fans were shocked and confused. Yet after hearing him go into detail and explain his reasoning, it makes a lot of sense for him to make the decision that he did.

The choice for Bjornsson to retire came as a bit of a shock to most fans, simply due to how much of an elite strongman he still was. He was only two years removed from being the World’s Strongest Man, and fresh off of his record-setting tenth win at the Iceland’s Strongest Man. Not to mention the fact that earlier this year he set an all-time world record by deadlifting an enormous 501kg, a feat that has not been replicated since, despite the best efforts of some.

Why Hafthor Bjornsson Retired From Strongman

It was safe to say that nobody expected Hafthor Bjornsson to walk away when he did. Yet as he explained in a recent Q&A on his YouTube channel, he felt that it was just the right time to retire. He had a new opportunity in front of him with his boxing match against Eddie Hall, and he had also accomplished virtually everything he wanted in the sport. So in his mind, it made sense to retire from strongman, focus on living a healthier life that did not involve him being more than 400lb, and be happy.

“The main reason why because I was happy with everything I did in strongman,” Bjornsson said. “I won World’s Strongest Man, I won the Arnold Strongman Classic three years in a row, I won Europe’s Strongest Man five times, I won Iceland’s Strongest Man ten times in a row, I won World’s Ultimate Strongman. I won everything there is to win in the strength world, at least all the big titles. And I was just happy. That’s the thing guys, I was happy. I was happy that I was able to win all these shows but still be healthy, and I wanted to stay healthy.

“I want to stay healthy for my daughter and my son,” Bjornsson continued. “That’s the reason why I retired. I got another opportunity with the boxing against Eddie, and I thought to myself ‘I’m going to take that opportunity, say yes to it, and retire from strongman and be happy, be healthy. I want to be around for my kids for a long time, and staying 205kg is not good, it’s not healthy. I’m 32 years old, so I’m not getting any younger so I have to start thinking about my health and my future. That’s the main reason I retired from strongman. I wanted to be healthy, I wanted to be on Earth longer for my family.”

The Worst Parts Of Being As Big As A Mountain

One of the more interesting aspects for fans observing massive strongman athletes like Hafthor Bjornsson, is the questions of how someone this big lives their daily life. The Icelandic champion stands at a whopping 6’9 and is quite the large fellow even still. So for him, he has a laundry list of frustrations that come with this massive frame.

“For me, it’s just fitting places,” Bjornsson said. “For example traveling, sitting in airplanes. Everything is so tight, you basically have to travel business class otherwise there’s no way you fit into an economy seat. So everything’s just more expensive.

Whether it is as a strongman or a boxer, Hafthor Bjornsson is one of the most entertaining athletes alive. Even if he wishes he were a bit smaller, he is still an unbelievable talent for someone his size.