Nick Walker Shoots Down Blessing Awodibu’s Posing Comments: ‘I Don’t Think He’ll Match Up With Me’

Ahead of their clash at the 2021 New York Pro, Nick Walker responds to the remarks made by Blessing Awodibu 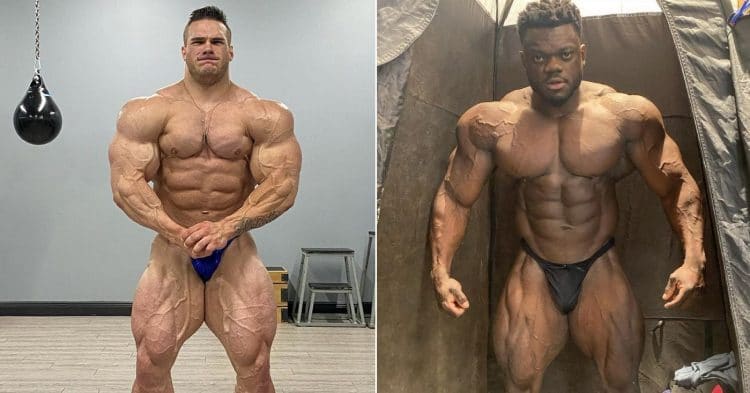 The biggest thing about the 2021 IFBB New York Pro buildup has been the beef and rivalry between Blessing Awodibu and Nick Walker. However the Mutant feels confident that he will not face any struggles  in beating his rival.

Before he even made his pro debut as a bodybuilder, Blessing was firing shots at a variety of different athletes. Not least of these was Walker, who seemed to get the brunt of the assault on social media, from the Irish bodybuilder.

The two have gone back and forth over the last several weeks, trading shots on social media and in interviews. It has made the anticipation for the New York Pro all the more intense.

Most recently, Blessing Awodibu made some remarks about how his superior posing would be enough to beat Nick Walker and win the contest this weekend. This is not something that Nick took too kindly to.

Speaking in a recent interview, he shot down the idea that Blessing would be able to outpose him. In fact, he thinks that Blessing is just wanted to ride the coat tails of the attention he has gotten ahead of this show.

“I think he called me out simply because I’m the highlight of the New York Pro to an extent, I’m getting a lot of attention. So I guess he figured by calling me out, he would get the same attention, which he has,” Walker said.

“I think what he’s doing is great. I think the publicity is awesome but I don’t think he’ll match up with me, so I don’t know why he’d come for me.”

Walker went on to explain that he feels like Blessing is putting more pressure on himself by making these comments. He says that even the other competitors at this event will be too much for Awodibu to overcome.

“I’ve chimed in, I’ve said my comments to him here or there, just out of funs and giggles. But I’ve never been one to s—t talk. I’ve always just let my stage do the talking and that’s all that’s ever needed to be said for me,” Walker said.

“I see how he’s been looking. He’s got great shape, he’s got good symmetry, but I think his frame’s not filled out. Especially being in New York, you have me, you have Justin (Rodriguez), you have Hassan (Mostafa) who I think is just going to overpower him.”

Whether or not Nick Walker is right, and Blessing Awodibu can not handle him, will be seen this weekend, at the 2021 New York Pro. Either way, it will be great to see these two finally settle their beef onstage.