After not getting the results he wanted at the New York Pro, Blessing Awodibu says he is taking the rest of the year off, while paying respect to his rival Nick Walker 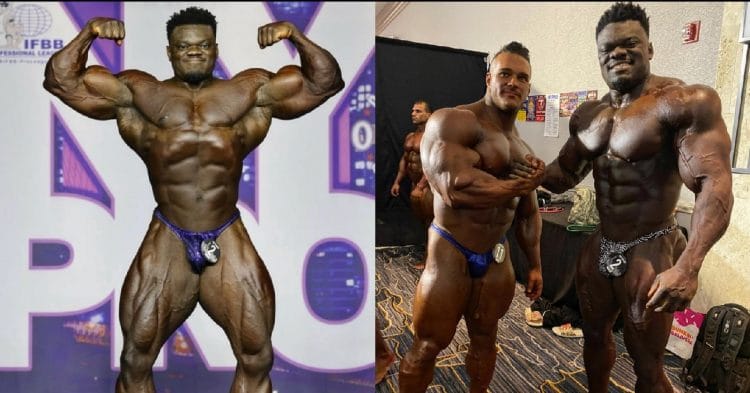 It is safe to say that the weekend did not go according to plan for Blessing Awodibu. Following the 2021 New York Pro, the Irish bodybuilder has decided that he will be taking some time off from competition, in order to work on improving his weak areas.

There’s a ton of anticipation heading into last weekend, as it was the first time that Awodibu was going to compete since 2017. After scoring third place at the Indy Pro, that was still a ton of anticipation to see how he would do at the New York Pro, while facing off against his rival Nick Walker.

That competition came and went over the weekend, and it goes without saying that Blessing did not get the result he was looking for. While Nick went on to win the show, Blessing ended up in the sixth place position, admittedly not living up to the expectations that were set in front of him.

Following this lackluster performance, most fans were disappointed in the way that Blessing Awodibu looked on stage, and it is safe to say that he felt the same way. Now he plans on taking his time to work on the areas of his physique that were exposed over the course of these last two competitions, and take a break from competing again.

After an initial comment on Instagram suggesting as much, Blessing revealed directly to Fitness Volt that he does not plan on competing again in 2021. This means that he will not be doing the California Pro, as he had originally planned.

As disappointing as this may be for his fans, especially given how long it had been since he had last competed, this is unmistakably the right move for Awodibu to make. He admitted himself that he was completely off when he took the stage at the New York Pro.

In his first post to social media after the event, he said that he tried to overcompensate for his lack of fullness at the Indy Pro. This resulted in him coming in what he described as “guest posing shape,” a mistake that he apologized to his fans for making.

” Aight ok so that’s a wrap for the #nypro

I think we definitely set a record yesterday due to the hype and the build up leading to the show .🥃😁😉,” Awodibu wrote.

“My deepest apologies to you guys because I know a lot of you guys placed your bet on #theboogieman I’m truly sorry for letting y’all down, but trust me I’m super disappointed too in the way I turned up in NY.

I was too flat at the Indy pro show, so we tried to push the fullness for NY but I ending up spilling so bad , lost my condition and ended up with a guest posing shape lol 🤦🏾‍♂️ I was totally off.

To everyone out there rooting and supporting my journey thank you and I love y’all 🙏🏾❤️❤️.

My goal is to bring something new to the sport of bodybuilding, excitement, fun , make the sport look cool in general, inspire people, particularly the younger generation and also to be among the best to ever do it .

And I will because I believe in my ability and work ethic,” Awodibu continued.

“Lastly, huge congratulations to @nick_walker39 , he brought it and he cleaned up. Respect!

This was not the only message from Blessing Awodibu after the New York Pro. He also had some kind words for Nick Walker, with whom he had been beefing with in the lead up to the competition, but who ended up winning the show.

A subsequent post to Instagram sees the two standing side-by-side, following the contest. Here Blessing squashes the beef, calling himself a fan of Nick, and showing a ton of respect to his fellow competitor.

@nick_walker39 aka the #mutant truly lived up to his name this past weekend at the #NYPro .

Very honoured to have shared same stage with him” Blessing Awodibu wrote.

“We went back n fourth at each other for the whole 10 weeks straight leading up to the NY pro show, to create hype, interest and excitement for the show. We had everyone talking and glued to bodybuilding for the whole 10 weeks which also allowed myself and Nick to work extra harder in the gym! I was able to get in the best condition I’ve ever been only to have it all turn upside down a few hours before Indy Pro while Nick dashed to the finish line in style. This isn’t the end. Sometimes by losing a battle you find a new way to win the war and we will battle again! Round 2 is going to be 🔥 Bodybuilding is in good hands. This is the new era!”

Hopefully it won’t be another four years before we see Blessing Awodibu back on stage. That being said, time off being spent honing his craft will certainly serve him well moving forward.

HIIT for Beginners: How High Intensity Exercise Can Dramatically Improve Your Workout