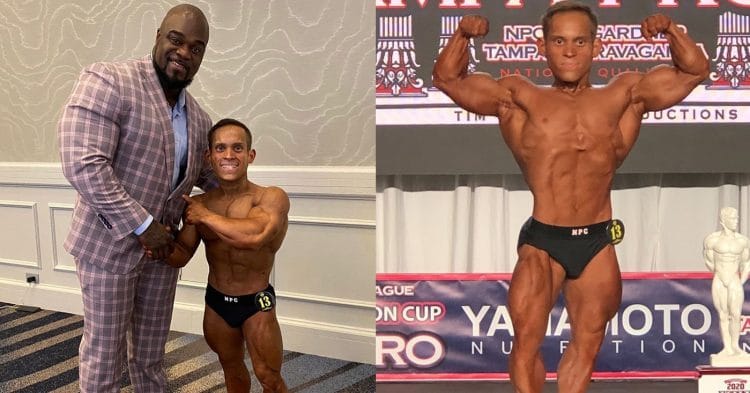 The 2020 IFBB Tampa Pro was the first major competition since the postponement of all shows, due to the Covid-19 pandemic. So, it was definitely an exciting time for competitors and fans alike and we saw several champions crowned over the weekend such as Hunter Labrada (Open), George Peterson (212), LaDawn McDay (Women’s Open), and there were many more winners.

Then for the NPC portion of the show, 4’5″ bodybuilder Hector Ramos Amador from Puerto Rico really stood out with a win in both the Classic Physique and Men’s bodybuilding (both Overall). This win made him the shortest overall champion ever and it was well-deserved.

Amador looked absolutely amazing with great proportions and conditioning. Not to mention, he defeated competitors who were much larger. He also took home the Champion of Champions belt (Open) and won best poser (Classic Physique).

What an awesome win for Hector Ramos Amador. He’s definitely a big inspiration and we wish him continued success in his bodybuilding pursuits.