Helle Trevino has revealed two tendon tears that may prevent her from competition this year. 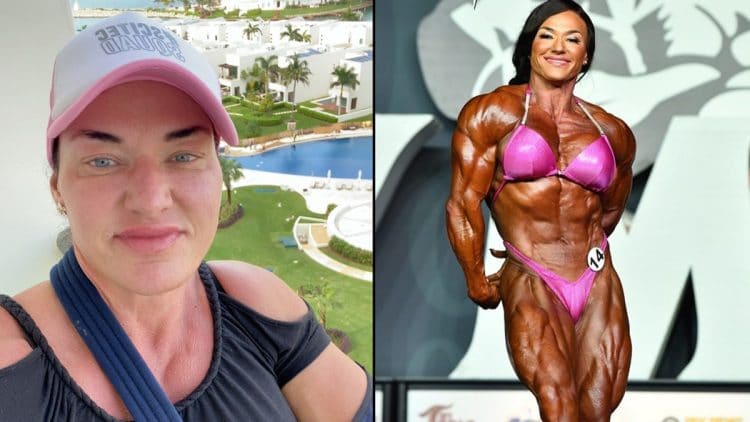 Women bodybuilder Helle Trevino has remained a threat in bodybuilding ever since she first entered the sporting landscape in 2014. The 2017 and the 2019 Rising Phoenix World Championships winner has revealed on Instagram that she has torn two tendons in her shoulder with surgery scheduled for Thursday (Jan. 27, 2022).

Ms. Olympia was dropped by the Olympia organization in 2014. At the time, it appeared interest for the specific event was at a low and the promotion couldn’t justify keeping it in the busy Olympia lineup. However, the Wings Of Strength organization continued to welcome many of the competitors. In 2020, Olympia announced that Ms. Olympia would make its anticipated return to the biggest bodybuilding show of the year.

At the 2019 World Championships of Women’s Bodybuilding, Helle Trevino reigned supreme. The triumphant bodybuilder walked away with a grand prize of $50,000. Following the success, Trevino was pegged as an early favorite to win the title of Ms. Olympia in 2020. While she made it to the podium, Trevino secured third place by the show’s end. Instead, Andrea Shaw would finish in first place.

2022 Olympia is set to take place in Dec. While Trevino has time to recover, the consummate professional conceded she’s unsure if she will be able to compete at Ms. Olympia scheduled to go down from Dec. 16-18.

Helle Trevino took to her Instagram page and informed her vast fanbase that she is heading into surgery in just a few hours. While she was unable to reveal specifics of her shoulder injury, Trevino indicated that she will need to stay in Mexico until the surgery and post-op recovery are completed.

“Good morning guys. I just wanted to go online this morning and give you guys an update on my current situation. I have some really bad news and I have some good news. Let’s take the bad news first. I have torn two tendons in my shoulder and I need surgery ASAP. Trevino said. Also, I’ve decided to stay here in Mexico and have the surgery done. I will go into surgery today at 4 PM EST, so wish me luck.

I’m looking to have a pretty long recovery. It’s going to be 8 weeks in a sling and in 12 weeks I’m going to rehabilitate so I’m not sure that I can make it to this year’s competitions. I might have to sit the year out. But the good news is I’m in good mental health and I’m in good spirits. I feel positive even though it like really sucks. It is what it is. I’m also going to get through this challenge and I’m going to do my best to turn myself back up and we will see what this season brings.” Helle Trevino shared.

Read also: Helle Trevino: Iris Kyle’s Return At The Ms. Olympia Is Motivating Me To Be My Best (EXCLUSIVE)

Helle Trevino admits the recovery process could hamper her ability to compete in bodybuilding shows in 2022. As the runner-up in her division at 2021 Ms. Olympia, fans were obviously eager to see how she would perform after coming so close to securing gold. Following her injury update, Trevino believes that she will have a pretty long recovery and remains unsure about potential competitions in the immediate future.

Minor tendon injuries typically heal within four weeks with proper care and treatment. In some circumstances, moderate tendon injuries can take 6-8 weeks to heal, as well as some severe cases taking six months to a year for a full recovery. The magnitude of Helle Trevino’s injury is unknown but severe enough to where surgery is necessary.

It’s unclear as to whether Helle Trevino will be able to make a comeback this year. With Olympia several months away, she has some time to heal before the big show. After revealing two tendon tears in her shoulder, Trevino’s path towards rehabilitation will play a major role as to when we see the athlete make her return to competition.