Tia-Clair Toomey-Orr will rely on her foundation, experience and weight cutting for the 2022 CrossFit Open. 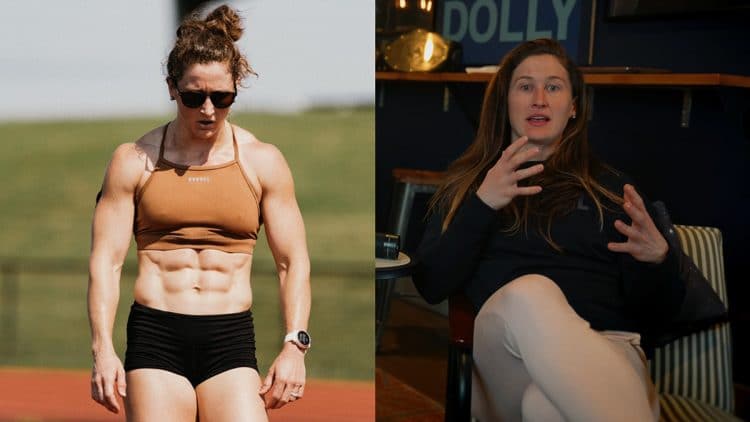 The 5x Fittest Woman On Earth®, Tia-Clair Toomey-Orr, is ready to immerse in the sport of CrossFit once again. For the past six months, Tia-Clair has been focusing on bobsled, trying to become the first CrossFit athlete to compete in both the Summer and Winter Olympics. She helped the Australian bobsled team qualify for the 2022 Winter Olympics in Beijing, but unfortunately, wasn’t chosen to compete.

Now, Tia-Clair will start preparing for the new CrossFit season, which will start with the 2022 CrossFit Open on February 24th, 2022. On her YouTube channel, she sat down with her coach / husband Shane Orr, and they gave us some insight into their plans for the season. Even though Tia-Clair is the reigning CrossFit champion, she seems to understand that the challenge that lies ahead will be very difficult.

Courtesy of Tia-Clair’s YouTube Channel, you can watch the video here:

The pair started the video by talking about their bobsled experience. Tia-Clair explained that even when
she won the 2021 Rogue Invitational, the training focus was on bobsled. Her coach / husband, Shane Orr, added that CrossFit and bobsled are very complimentary, and that a lot of bobsled athletes come from different sports. In addition, the testing for Australia’s bobsled team required 10 tests, and a few were like CrossFit exercises.

Even though they have less than 30 days, Tia-Clair and Shane are relying on her foundation, and are already planning for the quarterfinals, which will happen in two months. Tia-Clair continued and explained that she had to gain some weight for bobsled, but did not reveal how much.

“Having to put on an excessive amount of bodyweight for bobsled, and then to try to trim back, and find my natural bodyweight again, as well as building my fitness, will definitely be a challenge,” said Tia-Clair.

Shane explains they will focus more on the aerobic side of training, as they have neglected for the past few months. Apart from that, they will attempt to dial in some high skill movements. Tia-Clair then talks a bit about the mentality required in CrossFit.

“For me, it’s learning how to hurt again. Anyone who has done CrossFit knows how challenging a workout can be… As your fitness level naturally progresses, you also have to mentally go there,” said Tia-Clair.

The pair ended the video by expressing their gratitude for the fans who support them both in CrossFit and bobsled.

Unfortunately, Australia’s bobsled did not qualify amongst the top six teams, which means they can only send one woman bobsled team. They chose Bree Walker and Kiara Reddingius to represent Australia at the 2022 Winter Olympics, which means Tia-Clair Toomey-Orr will miss out on the competition.

Tia-Clair Toomey-Orr is one of the most dominant CrossFit athletes ever, having won more events in the CrossFit Games than anyone else. She has also won the CrossFit Games five times. If she wins once more, she will make history as the only athlete to have won it six times. A tremendous challenge is ahead of her, but she seems aware of it.