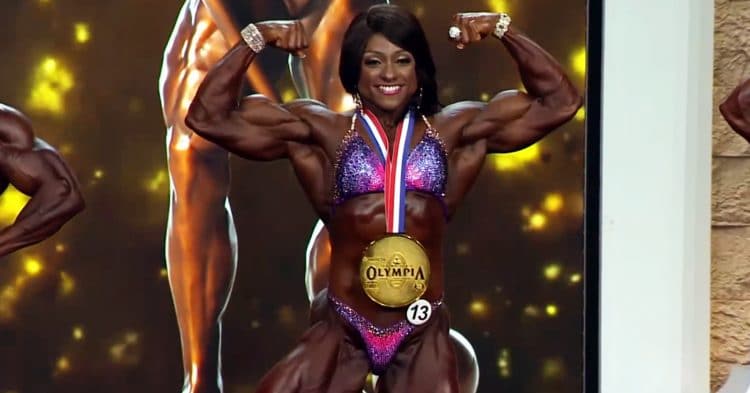 Fans of female bodybuilding could not wait for the return of the Ms. Olympia, during the 2020 Olympia Weekend. Now the contest has concluded, and we have a new champion.

The Ms. Olympia last took place in 2014, where Iris Kyle won the contest for a mind-blowing tenth time. It was at this point that the contest was removed from the Olympia lineup, and Iris retired. However it was announced last year that the event would be returning this year, with Kyle announcing her own return shortly after. Unfortunately some health concerns forced Iris out of the contest on the day of prejudging, much to the surprise of those who were expecting to see her.

Nevertheless, the contest rolled on with Helle Trevino, Andrea Shaw, MayLa Ash, and Margie Martin making it to the final four. Another matchup that fans were excited to see was between former Rising Phoenix champion Trevino, and current champ Shaw, after the two had a close battle at the show a few weeks before the Ms. Olympia. This wound up living up to the expectations too, as both ladies brought their absolute best, as did Martin and Ash.

Andrea Shaw wins her 1st Ms. Olympia Title, a gold medal, and the check of $50,000! Coming in second place was Margie Martin, who really delivered with a complete package. Surprisingly placing third was Helle Trevino, who was not surprisingly one of the most muscular women who stepped on the stage.