How To Do Cable Crunches The Right Way

It’s one of the best ab exercises but are you doing it correctly?

How To Do Cable Crunches

The cable crunch is an exercise that was way ahead of its time, even before Arnold Schwarzenegger was doing it as part of his ab training in the 1977 movie ‘Pumping Iron’.

But there’s a right and wrong way to execute this movement, so before you start pounding out endless reps without first going through the cable crunch checklist, hear us out…

How To Do Cable Crunches Show

The rectus abdominis (abdominals) is the target muscle group here, so it would help to know its anatomical function to maximize development.

Although, the transverse abdominals and obliques will still be actively engaged during this movement as well.

The rectus abdominis is just one portion of the muscles that make up your core and it’s located between the ribs and pubic bone at the front of the pelvis; most commonly referred to as the ‘six-pack’.

And these muscles function to flex the trunk by bending forward, or ‘curling up,’ while the transverse abdominis creates intra-abdominal pressure to compress the core contents and stabilize the spine.

So, you’ll be working both muscles during the cable crunch but again, the focus is on building and improving the muscles which make up the six-pack and this exercise is one of the best ways to accomplish this.

Plenty of studies have shown that movements involving crunching/bending forward are superior for building the anterior part of the midsection; which tells us that choosing exercises based on anatomical function is ideal.

Now let’s talk about the right and wrong way to do cable crunches.

To start, let’s talk about what not to do…

And based on what we know about how the rectus abdominis functions anatomically, an optimal way to get a really good contraction would be to bend the torso forward or ‘curl up’ (or in this case, curl down).

However, it’s common for people to keep the torso completely straight during the crunch and bend at the hips almost appearing as if they’re bending down to kiss the floor.

Not to mention, another common mistake is to sit your butt down on your ankles during the crunch which takes some of the work away from the abs and limits the range of motion. The butt should remain high from the setup position and remain this way throughout the exercise although if it dips a little no big deal.

Your abs should be fully engaged during each repetition as this is the muscle you’re trying to work rather than your hip flexors.

Also, you can do the cable crunch facing the machine or the other way which is totally up to the individual.

Now you have an idea of how to do cable crunches effectively and we’ve reiterated each point in more detail while also including a few others, below.

When you set up for the cable crunch, you should be positioned in the upright kneeling position with your torso positioned forward before you begin. A completely upright torso can place a lot of stress on the spine and back.

You also never want to hyperextend your lower back as this is not only necessary but it can cause a strain on the area near your belly button and you might feel it later.

Keep your chin tucked into your upper chest and again, hold the rope handles near the head area in whichever position is most comfortable for you.

Note: You can use a v-bar or any other bar rather than the rope if you prefer. But just make sure your arms remain in the same position.

The movement should happen from the activation and contraction of your abdominals and not your hip flexors or arms. You’d be defeating the purpose of the cable crunch as an ab exercise by simply going through the motions and not solely engaging the target muscles with strategic technique.

So, you want to keep your head down and execute the movement in a motion similar to the standard crunch which will maximally activate your abs as seen in the video above.

As for the range of motion, some people prefer to do cable crunch with a shorter range of motion which most similarly resembles the basic lying crunch. And with this variation, you’ll definitely feel the contraction in your abdominals if done correctly.

However, it’s done both ways by experts and regular gym-goers alike and we don’t really have evidence to suggest one is necessarily better than the other. But if we had to choose, then we’d say to use the larger range of motion because why wouldn’t we if the exercise allows for it as this is one benefit of doing this particular movement.

You don’t have to bring your elbows all the way to your knees and you probably shouldn’t as this could place a lot of stress on the spine and doesn’t make a difference compared to if your stop a few inches short. But experiment to determine which way you feel the best possible contraction in your abdominals.

And ALWAYS make sure you maintain proper form throughout the exercise. 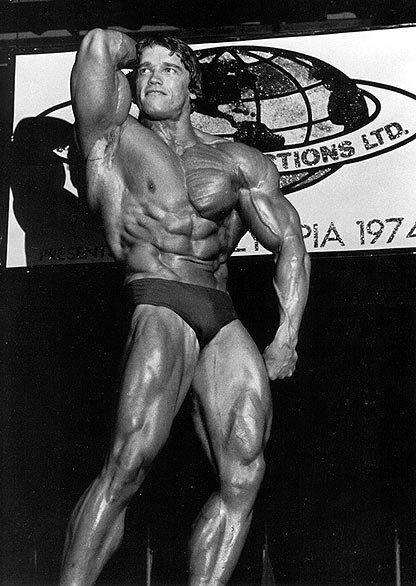 It’s very important to choose a weight that allows you to execute the movement without compromise regardless of the range of motion you choose to use.

Always start out light and warm up your abdominal area, then gradually increase the weight. But never use maximal weight here as you don’t want your back to have to overcompensate due to your abs not being able to handle the weight; which is not only dangerous for your back and spine but you’re not getting the most out of the exercise.

But at the same time, you do want to use a decent amount of weight here since building your abs is the purpose of this exercise. You don’t want to be able to just crunch for dozens of reps.

So, we recommend anywhere from 10-20 reps to get the most out of the cable crunch. Although, you can certainly choose a rep range that works best for you.

Does The Cable Crunch Work The Lower Abs Too?

There’s a common belief that top-down movements such as the cable crunch or anything similar will only maximize the activation of the upper abs. But research shows different.

In fact, one ACE-sponsored study actually found that through comparing the muscle activity (electromyographic testing) of several ab exercises, there was no difference in activation between the upper and lower abs.

“You can’t selectively recruit the upper abs versus the lower abs. And this study reinforced the fact that, across 15 different popular ab exercises and ab devices, there really was no difference,” explained John Porcari, Ph.D., head researcher at the University of Wisconsin—LaCrosse and its Clinical Exercise Physiology program.

Although this isn’t the only study that suggests this to be the case, this is just one study, where the results were determined under specific conditions. But this doesn’t necessarily mean it’s impossible to emphasize either the upper or lower half of the abs either as real-world experience would suggest that you may be able to feel one area more than the other.

2 Common Variations of the Cable Crunch

There are a few good variations that you can implement in place of or in addition to the standard cable crunch which we described in this article.

The standing variation is also another great way to implement this exercise and the one big benefit is that it’s more applicable to everyday functions simply because you’re standing. Although for purely a focus on hypertrophy, there shouldn’t be much of a difference compared to the kneeling variation.

Here’s a great video example of how it’s done…

The seated variation simply takes the lower body out of the equation so that you can focus more so on just performing the crunch.

If you want to build an impressive set of washboard abs then we’d recommend you go ahead and do some cable crunches the next time you train your core muscles. It’s a great movement for adding weight and most importantly, you now know how to do it the right way if you didn’t before.

How Many Calories Do You Burn Doing Crunches?

Calories Burned Doing Crunches Depending on your weight and exercise intensity, you’ll burn about 4.4 calories for each minute you...

The 15 Best Abs Exercises You Can Do Anywhere and Anytime

Most bodybuilders train their abs at the end of their workouts. This makes a lot of sense because the abs...

If you want a six-pack, as so many exercisers do, you’ll need to train and diet to lose fat and...

It’s no coincidence that some of the best, most popular abs exercises require nothing more than your body weight. Whether...