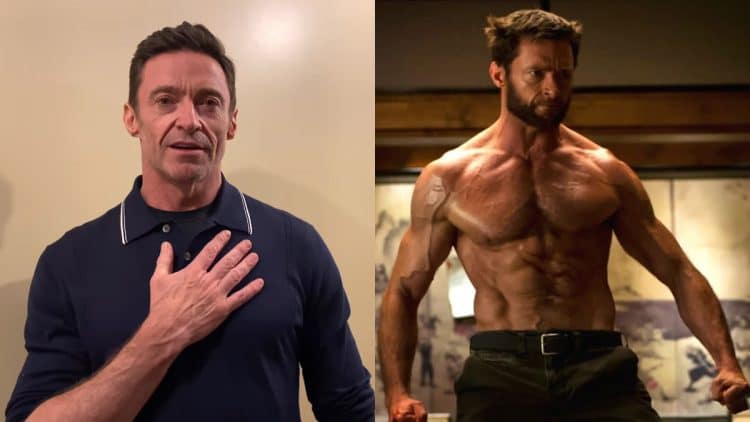 Hugh Jackman is one of the most popular superhero actors on the planet. His portrayal of the Marvel character Wolverine made him a bona fide superstar in the movie industry. In a recent appearance on Who’s Talking to Chris Wallace, Jackman said that he did not use steroids to get ripped for the marquee films.

Jackman first gained attention for his work in the 20th Century Fox X-Men film series that spanned from 2000 to 2017. He landed the role of the iconic James ‘Logan’ Howlett, who was known as Wolverine. He took on the role of a mutant with superhuman abilities, which required Jackman to take his physique to the next level.

One of the Australian A-lister’s first appearances as Wolverine came in 2000 when he looked noticeably less muscular than his later showings. Jackman worked hard in the gym to pack on the pounds for the character’s origin story film, X-Men Origins: Wolverine in 2009. Although he’s a foot taller than the comic book character, Jackman received praise for his genuine depiction of the superhero.

Jackman continued to work on other blockbuster projects, including The Prestige (2006), Les Misérables (2012), The Greatest Showman (2017), and the animated film Happy Feet (2006). He also enjoyed a successful run on the stages of Broadway and won the 2004 Tony Award for his work in The Boy from Oz.

In 2013, Jackman signed up for the film, The Wolverine. He left no stone unturned in his preparations for the movie. He wowed the fitness community with his impressive vascularity and jacked physique.

In a recent appearance on Who’s Talking to Chris Wallace, Hugh Jackman claimed that he never used steroids to get ready for The Wolverine.

“No,” Jackman said when asked about steroid use. “I love my job, and I love Wolverine. I got to be careful what I say here, but I had been told anecdotally what the side effects are of that. And I was like, ‘I don’t love it that much.’ So no, I just did it the old-school way.”

Jackman revealed that he consumed a lot of chicken instead of getting on the juice.

“I tell you, I’ve eaten more chickens…I’m so sorry to all the vegans and vegetarians and to the chickens of the world,” Jackman said. “Literally the karma is not good for me. If the deity has anything related to chickens, I’m in trouble.”

In 2017, Jackman made his final appearance as Wolverine in the third and final installment, Logan. The film was lauded by critics as one of the greatest superhero films and proved to be a box-office success.

RELATED: Wolverine’s Adamantium Claws Go up Against The Hydraulic Press

Jackman recently surprised his fans, when he declared his comeback for the upcoming film Deadpool 3 with Ryan Reynolds, scheduled for release on Nov. 8, 2024.