After one of the busiest rookie seasons ever, Michal Krizo plans to compete at two or three pro shows in 2023 before taking on the Olympia in November. 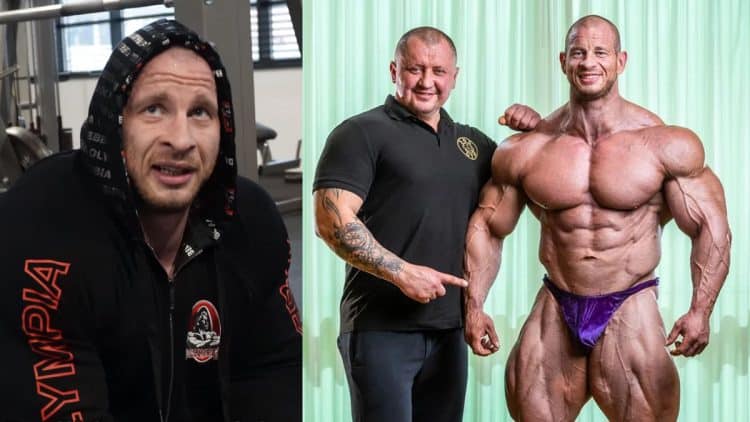 Michal ‘Krizo’ Krizanek is looking ahead following his 12th place debut at last month’s 2022 Mr. Olympia contest. In a recent YouTube video, Krizo promised better conditioning for the future and said he plans to return in September at the 2023 Arnold Classic UK.

One of the biggest bodybuilding stories of 2022 was Krizo making his way into the IFBB Pro League. Within the span of a few months, Krizo switched to the NPC, went on a legend’s tour in North America, earned a pro card, won a pro show, and secured 12th place in his debut on the Olympia stage a few weeks ago in Las Vegas.

Since Krizo was unable to secure a top five spot on the 2022 Olympia scorecards, the mass monster will have no choice but to compete at pro shows this year for a qualification.

In his latest YouTube video, Krizo revealed he’s skipping the 2023 Arnold Classic despite receiving an invite. Additionally, he said the current plan is to compete in September at the next Arnold Classic UK show (AKA: Experience With Sports Festival UK).

After peaking three times in 2022, Krizo said his body felt ‘tired’ in December.

“I will have to pick [my next pro show] smart. I’ll be looking for the least contested shows,” jokes Krizo. “I wasn’t happy with my conditioning at the [2022] Olympia because I know I can come in more conditioned that that. I was already too tired [from the season].

Yes right [I competed at a lot of shows before Olympia]. But I was also prepping in spring, but they canceled the show in Russia and even then, I was dieting all the way until April. May and June were kinda free and then I jumped into the prep again, fu**ed up,” says Michal Krizo.

Krizo wasn’t 100 percent certain of his upcoming plans but said he’s skipping the 2023 Arnold Classic even though he was invited by the organizers. He hopes to compete at up to three pro shows this year while attempting to earn his Olympia qualification.

“I don’t know [what’s next] yet. I’d like to do the Arnold Classic UK. I’ll definitely do the EVLS Prague Pro, but this time it’s only after the Olympia, two weeks after. [The upcoming Arnold Classic] is usually in September. The [2023] Olympia will be in November, I think. That [the Arnold] should be at the end of September. I will have to choose at least two to three shows. There is no guarantee that I would win the very first one.”

“It would be good if I managed to win the EVLS Prague right after the Olympia, so I would qualify for the next year right away. They also invited me to the Arnold in Columbus. I met the promoter of the Arnold Classic. [I told him] I wouldn’t make it. It’s at the beginning of March. Holy shit, [in seven weeks] I wouldn’t make it.”

In addition to recapping his own performance, Michal broke down the 2022 Olympia contest and named who he was most impressed with. Given Brandon Curry’s ‘beautiful structure,’ Krizo thought the former champion deserved better than fourth place.

Considering how busy his last season was, Krizo and his coach plan to use this rebound period wisely following 2022 Olympia. Ohio’s 2023 Arnold Classic is off the table, but Michal intends to compete at two or three pro shows before the next Olympia.