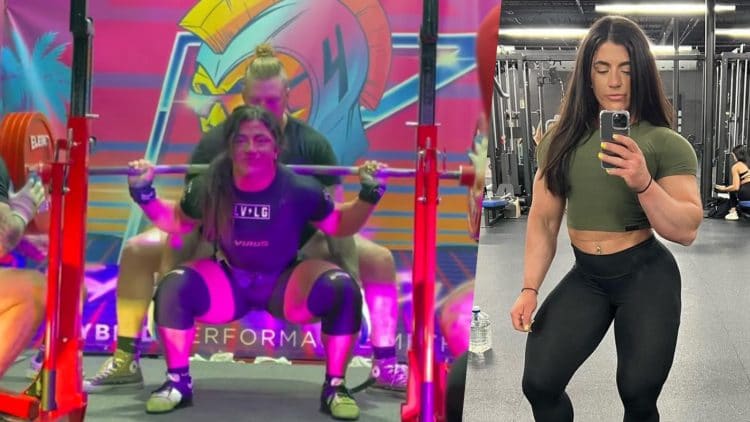 Hunter Henderson is considered by many to be a phenom on the platform, having performed extremely well at every powerlifting meet she has been in since starting the sport in 2018. In addition to record breaking performances from John Haack, Blake Lehew, Samantha Rice and Kiersten Scurlock, Hunter Henderson showcased a great squat performance at the 2022 United States Powerlifting Association (USPA) Hybrid Showdown 4, which happened from January 15-16, 2022, at the Hybrid Performance Method Gym in Miami, FL.

The highlight of Henderson’s performance is breaking the All-Time World Record Squat with a 250 kg (551.2 lbs) lift, in the 82.5 kg category. She broke the previous World Record by 5 kg (11 lbs), which was set by Chakera Ingram at the 2018 USPA Gulf Coast Open

You can watch her lifts here:

The DOTS scoring system was used in this competition, which enabled athletes from different weight categories to compete against each other. With a DOTS score of 605.065, Henderson secured herself a second place finish, coming only behind Samantha Rice, who won the women’s division.

Henderson stated that cutting down to 82.5 kg was the easiest cut to date, which probably helped her performance since she didn’t lose much energy in the process. Henderson is very familiar with weight cutting, having earned her IFBB Pro Card when she won the 2021 NPC USA Championship in a Women’s Bodybuilding show on July 31, 2021.

With a second place finish, and a new world record under her belt, Hunter Henderson has cemented her place in the world of powerlifting. Even though it is not familiar what her next step will be, it is certain that she will continue to impress us.