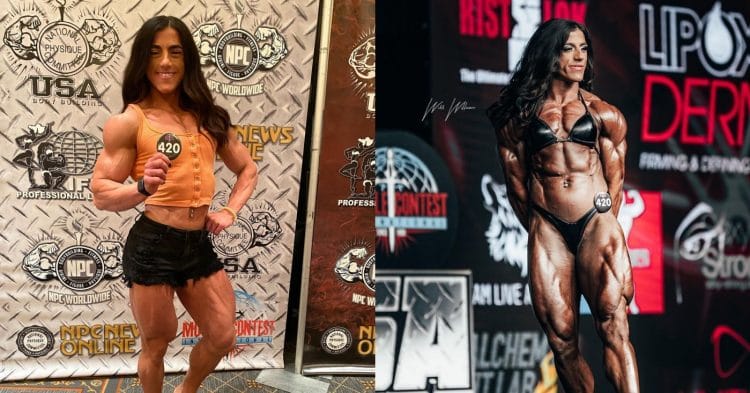 Hunter Henderson is about as dominant as they come, in the world of powerlifting. However she will now be looking to dominate the stage as a pro bodybuilder, after earning her IFBB Pro Card.

Henderson is considered by many to be a phenom on the platform, having dominated every powerlifting meet she has been in since starting the sport in 2018. As far as 75kg powerlifters go, she has been a force of nature, most recently landing two world records at the Kern US Open, earlier this year.

However she decided to try her hand at something new, by taking the stage as an amateur bodybuilder, competing at the National Physique Committee (NPC) USA Championships in the Women’s Bodybuilding in the heavyweight division. Not only did she win in that weight class, but she also won the overall title, earning her an IFBB Pro Card in the process.

To win the heavyweight title, Hunter Henderson came first among a lineup of four females. She was then tasked with taking the stage to be compared to all other divisional winners, where she again came out on top, securing that overall title and Pro Card.

As it turns out, Hunter does not plan to spend a long time celebrating this win either, and looks to get right back to competing. According to  two-time Ms. Olympia runner-up and Rising Phoenix representative Alina Popa, on her Instagram, Hunter will be making a quick turnaround to have her pro debut at the Tamp Pro, this weekend.

At the time of writing, Henderson does not appear to be on the official competitor list for the Tampa Pro. However, like Men’s Open competitor Roelly Winklaar, she has a little more than a day left to register for the contest.

Hunter has a good team behind her too, for competing in the world of bodybuilding. She has been working with Matt Jansen who, among others, helped to get hot prospect Nick Walker his Pro Card and a win at the 2021 New York Pro, earlier this year.

If Hunter Henderson is able to go from amateur to pro, then win her IFBB Pro debut at one of the biggest Olympia qualifiers of the year, all within the span of a few days, it will be one of the most impressive runs in a long time. It will be interesting to see how she matches up with other seasoned pros, and if she can end up contending for the Ms. Olympia throne in 2021.