Ahead of his return at the 2021 IFBB Chicago Pro, Hunter Labrada details the changes he has made and how his prep has been for this show 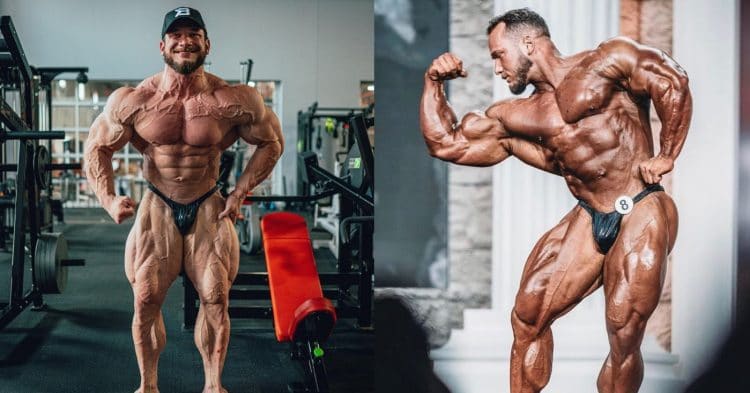 Top bodybuilding prospect Hunter Labrada is looking to make a big impact at the 2021 IFBB Chicago Pro. Just about a month out from the contest, he opens up about how his prep has been, and where he has improved during his downtime.

The 29-year old Labrada will be competing at the Chicago Pro on July 23rd-24th, which actually takes place in Atlanta, Georgia. This will be his first time competing in 2021, stepping on stage after coming in 8th place on his debut at the 2020 Olympia.

About four weeks removed from this contest, Hunter says prep is going well. Speaking in a recent interview, he explained that he has added some lean mass to his frame, and looks to be better than the package he brought to the Olympia stage in December.

“Honestly this prep couldn’t be going any better if I wanted it to be. This is my first prep doing everything on my own, with my training partner,” Labrada said.

“I was 249 for the Olympia this year, and this morning I fasted and woke up at 259.5lb,” Labrada added. “It’s going to be in considerably better shape than the Olympia too.”

Hunter Labrada Has Worked On His Weaknesses

Hunter Labrada goes on to explain that one of the biggest mistakes he was making was that he used to overeat. So now he is in a position where he is in much more control of his diet.

This is not the only thing that Hunter has worked on in recent times. He says that during the offseason since the 2020 Olympia, he has gotten leaner and worked on his back and chest.

“As time has gone on, I’ve stayed leaner and leaner in the offseason, without doing anything different and without trying to do it,” Labrada said.

“I’ve been hitting (my back) with a baseball bat every two or three days for the last six months. It was no secret heading into the offseason that I needed size from the waist up. Specifically my back, back and chest if I’m being honest. I feel like my arms and shoulders are pretty good, but definitely need more size in my back and chest. So that’s what we did.

“I feel like I finally figured out how to train back a year and a half ago now,” Labrada continued. “I paid a lot more attention to joint alignment and finding exercises that I really connect well with for my mechanics, and my goals, and how my body feels.”

Labrada continued by clarifying that it is not the cliche “squeezing more” that most people think when hearing that. In fact he has gone away from the traditional back training of the likes of Ronnie Coleman and others.

Instead he just worked to find exercises that work for him, while maintaining the biggest load he can. He feels like this is the method that works best for him.

Hunter Labrada is going to have the chance to prove his training methods work, when he steps on stage at the 2021 IFBB Chicago Pro next month. He is a promising athlete, so it will be worth checking out the changes he has made.