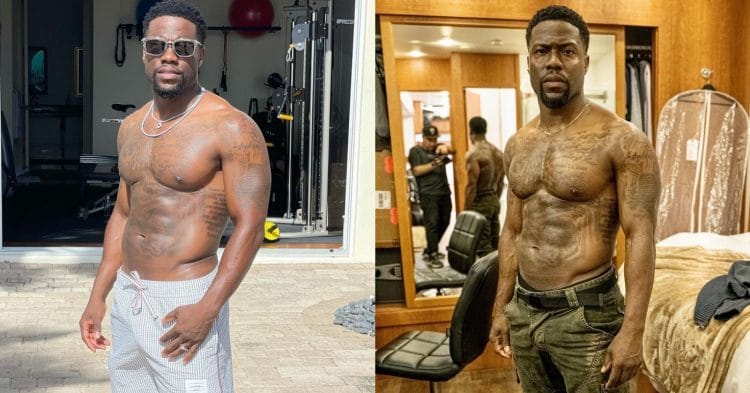 Stand up comedian turned Hollywood superstar Kevin Hart takes his fitness quite seriously. The results of this were seen in a big way, after he shared a recent physique update ahead of his first serious action movie role.

Hart will be shedding the stigma of being typecast as a funnyman, in his upcoming role as a solider in the forthcoming Borderlands film, based on the video game of the same name. While he has dabbled in action roles before, this will be his first serious endeavor as a legit action star.

According to a post to his Instagram, Kevin has been training with real soldiers for this role, namely Navy SEALs. This has clearly paid off too, as he looks to be in absolutely shredded condition before he takes the screen as a gun slinging hero.

“Approaching the end of Borderlands & I gotta be honest….I am so blown away by the work that was done here in Budapest ….from top to bottom….our cast & crew & production team & studio were all A 1 on this project. This movie is going to be super special & unexpected,” Hart wrote.

“Stepping into the world of real action has been everything that I thought it would be plus so much more. Major thank you to everyone that helped me prepare for this role….from my navy seal friends to my weapon training to the hand to hand combat. It was all worth it….. The world is in for a treat with ‘Borderlands’ MARK MY WORDS!!!!! “

Kevin Hart Does Not Joke About His Fitness

It is clear looking at this photo alone, that Kevin Hart takes his gym life very seriously. However he has been very open about how much that fitness means to him, especially in the later years of his life.

The 42 year old is regularly hitting the gym, even when he is not preparing for an action role. He seems to take after his close friend Dwayne “The Rock” Johnson when it comes to how both men approach their gym lives.

Over the last few years, Kevin Hart has been trying to shake the misconception that he is not a viable action star, and he seems on the brink of doing just that. Time will tell how successful this effort in Borderlands turns out to be, when the film drops sometime next year.

No matter how the film turns out to be, it is clear and undeniable that Kevin is taking his role seriously. This is a credit to how seriously he takes his fitness, generally.