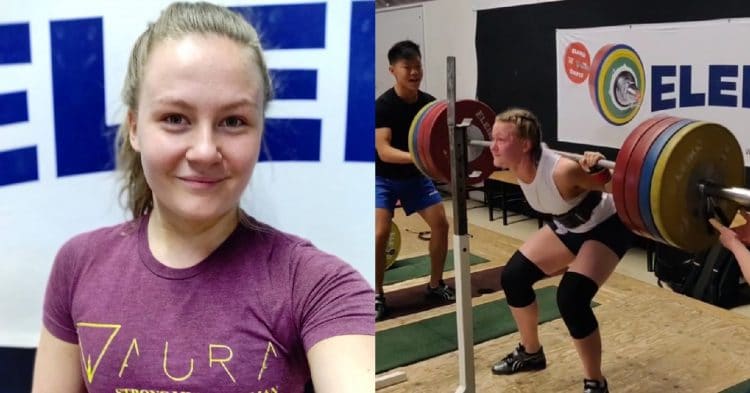 Swedish powerlifter and weightlifter Ida Ronn has been making quite the name for herself in the powerlifting world over the last few months. As a recent squat training session showed us, she still has the ability to make massive improvements at a rapid pace.

At just 22 years of age, and competing in the 72kg weight division, Ida has been showing the type of improvements in her game that one would hope to see from a young athlete. She first got on our radar with her win at the 2019 IPF World Classic Powerlifting Championships. However since then we have only become more fascinated by her impressive skillset and technique.

Not even a month ago, Ida Ronn blew minds with an epic performance in her home gym, scoring some new PRs, and hitting a 200kg (440.9lb). As impressive as that was at the time, she took to Instagram recently to show that she is only getting better. This time, instead of doing a 200kg single, she pushed herself to score a 190kg (418.8lb) squat double, demonstrating how much she has grown in a short amount of time.

Take a look at the solid lift:

There was clearly some struggle to her second rep, as the weight came up rather slowly. However her relief was evident as soon as she did the lift, taking a second to look at the camera with a smile of excitement. It was a pretty solid performance that showed how much work she has been doing.

Ronn has been working hard on her squat game recently. Here she is, just a few weeks earlier, working on a 155kg (341.7lb) pull. Although that is not the heaviest weight, she manages to squat it for six solid reps.

Ida Ronn continues to prove herself as one of the top powerlifters Europe has to offer right now. At every turn it seems that this bright young talent is only getting better, and it is fun to watch her grow and improve.