IFBB Elite Pro Michal Križo is making the switch to the NPC, with plans of winning a Pro show and taking his physique to 2022 Mr. Olympia. 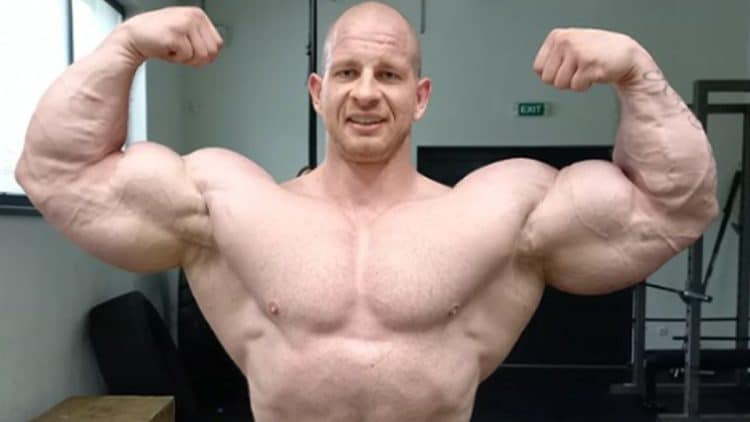 Michal Križo is one of the most exciting bodybuilders outside of the NPC but that has now changed. After heaps of speculation and rumors, Michal Križo has made the switch from the IFBB Elite Pro to the NPC, according to a press release made on Friday, July 15, 2022, via Instagram.

The announcement was made official by the organizers of the EVLS Prague Pro and amateur show. Križo made a name for himself quickly while participating in the IFBB Elite Pro League. The bodybuilder is revered for his staggering size, detailed muscularity, and balanced proportions.

One of his strongest attributes is his arms, which many believe to be some of the biggest in the sport. In 2021, he attracted a lot of attention following his victory at the Mr. Universe Pro show, an event he won handily.

As of this writing, the massive bodybuilder’s plan is to eventually earn his Pro Card in the NPC before winning a show in the IFBB Pro League. After that has been accomplished, he intends on taking his best package possible to 2022 Mr. Olympia later this year. 2022 Mr. Olympia is scheduled to take place from December 15th to December 18th, in Las Vegas, Nevada.

In a recent post, the EVLS Prague Pro Instagram account informed fans that Michal Križo has decided to end his time as an IFBB Elite Pro to pursue his next venture, which will be earning a Pro Card and taking his massive physique to Olympia.

Find the full press release below:

“Dear fans,
as you all know very well, EVLS PRAGUE is celebrating its tenth anniversary this year. During these ten years, it has created a solid place not only in the bodybuilding world, but also in your hearts, which we greatly appreciate and thank you for.
That is why we are happy that we managed to enter into cooperation with a personality whom we respect very much and we believe that with our support he will achieve many successes and fight for the highest one, Mr. Olympia.
MICHAL “KRIŽO” KRIŽÁNEK is a new member of the EVLS Team!
Michal has decided to end his time in the Elite Pro federation and we are extremely honored that he will be showing his qualities in the NPC federation as a member of the EVLS team.
We have always had only the highest goals, we have prepared great, dare we say timeless festivals, we have created a globally respected brand that is a symbol of quality and pride, and we firmly believe that it will continue to be so in the next ten years!” EVLS Prague Pro wrote in a press release on Instagram.

Should Križo manage to bring up his conditioning, the bodybuilder will be incredibly hard to deal with on stage. Many are under the impression that once he starts entering shows, success will follow.

In addition to Križo, Slovakian bodybuilder Adela Ondrejovicova recently made the switch to the NPC. Like many fans expect from Križo, she was able to earn her Pro card in the IFBB Pro League rather quickly. In light of her success, she will now have the chance to compete against other IFBB Pros. Interestingly, Ondrejovicova and Križo both share the same coach and surely Križo plans to follow the successful blueprint his teammate already laid out for him.

Judging by his physical attributes, Križo has a bright future in his new league and the sport overall. If Križo is successful in earning a pro card and wins a Pro show for his Olympia qualification, the bodybuilder will surely bring the heat when he takes on the world’s best at the prestigious event this winter.