2022 Indy Pro goes down as the last edition of the Olympia qualifier show. 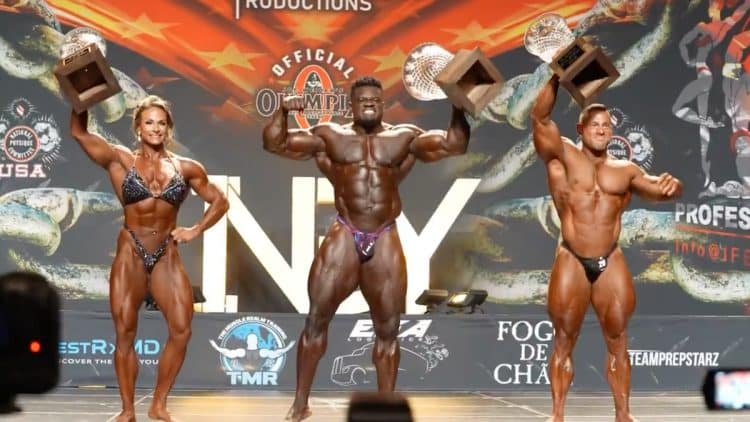 Bodybuilding competitors from around the world looked forward to meeting at the annual IFBB Indy Pro show every year. The event was regarded as one of the more notable Olympia qualifiers. In a recent statement made via Instagram, bodybuilding promoter Dave Bowers terminated the IFBB’s Indy Pro contest from the event schedule. The decision was made after he admitted he needed more time to focus on ” logistics businesses, employees, and family.”

The Indy Pro served as a platform where athletes could earn their qualifications for the prestigious Mr. Olympia contests. The 2022 Indy Pro, which took place in May at the Indiana Convention Center, turned out to be the final event of the organization. It featured three divisions, including the Men’s Open, 212 bodybuilding, and Women’s bodybuilding.

In the end, Charles Griffen finished runner-up, with Maxx Charles narrowly defeating Rodriguez. Despite the rich history of intense battles on the Indy Pro stage; all good things must come to an end.

In a recent post made on Instagram, Dave Bowers announced the end of IFBB Indy Pro after seven years of hosting Olympia qualification events.

“IFBB Indy Pro has retired – it’s been a wonderful 7 years getting to know so many great athletes, sponsors and spectators. We’re blessed the IFBB & NPC supported us every step of the way.

This decision is solely based on the need to focus my time on our Logistics businesses, employees, and family. Thank you all for everything….. maybe you’ll see me on stage in the future. Yours in Bodybuilding, DB.” wrote Dave Bowers.

Nathan Epler gave his take on the news, writing, “Sad to see this go! But thank you for all you’ve done for YEARS to help grow the bodybuilding community in Indiana and also bring an amazing pro show to our state.”

Donna Williams Salib commented on the post: “Thank you for everything !! I appreciate everything you and your family has done for our industry!!”

Even 2019 third place Indy Pro finisher Hassan Mostafa gave his thanks, writing: “What a loss to not do that show again it’ll always be a great memory for me. Thanks for all you did and good luck to you and your family 🙏”

Yumon Eaton was thankful for making his pro debut at the Indy and expressed disappointment that his plans of competing at the show next year are now canceled. He wrote, “Man I was 100% coming back next year. Made my pro debut one of the greatest experiences of my career. Thank you for your contribution to the sport.“

The NPC Midwest Battle of the Champions, the NPC Indiana State Championships, and the NPC Battle of the States were some of Bowers’ other shows. Aside from judging other bodybuilding contests in the area, he has also previously won the title of Mr. Indiana back in 2016.

Over the last seven years, the IFBB Indy Pro helped many athletes break into the top level of bodybuilding and earn their spot on the Olympia stage. While the show may have closed its operations, its lasting impact on the sport will continue for years to come.

As of now, no information is available regarding the likelihood of another promoter bringing a professional bodybuilding event back to Indiana at any point in the near future.