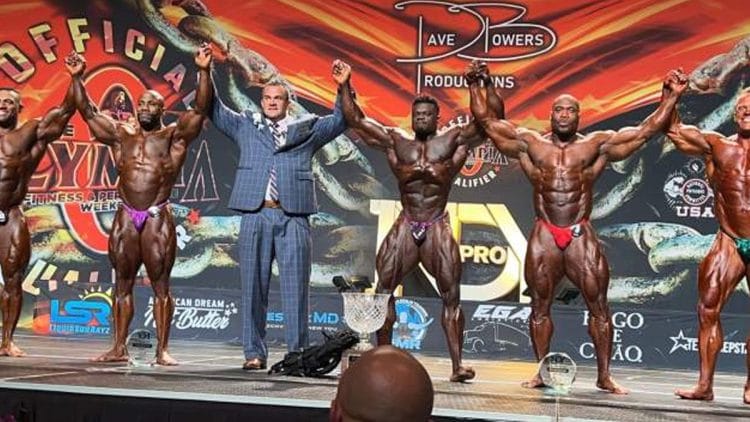 The 2022 Indy Pro took place over the weekend on Saturday, May 14, 2022. Three divisions (Men’s Open, Men’s 212 bodybuilding and Women’s Bodybuilding) stormed the Indiana Convention Center. Top athletes battled on stage with Olympia qualifications on the line. By the end of the competition, Blessing Awodibu earned an impressive victory in the Men’s Open division.

The official results for the 2022 Indy Pro show have been announced for Men’s Open, Men’s 212, and Women’s Bodybuilding. In total, three winners earned their invitations to compete at the 2022 Mr. Olympia. The Olympia is returning to Las Vegas this year from Dec. 15 to Dec. 18.

The show featured the return of the highly touted Blessing Awodibu who managed to finish third at the Indy Pro last year. This is the show in which Blessing made his debut into Men’s Open bodybuilding. He entered the 2021 New York Pro a week later and competed against former rival Nick Walker. In the end, Walker earned first place, and Blessing landed in sixth. “The Boogeyman” took an extended hiatus as a result to improve his physique to make a statement in the Men’s Open division this year.

Blessing undoubtedly had a challenging task in front of him as he competed against returning 2021 Indy Pro champion Justin Rodriguez and dangerous Charles Griffen who is also making a comeback. Pre-competition, most fans were well aware that Charles, Justin and Blessing have been training and sharing the prep updates non-stop to present a wow factor with the judges. Rodriguez, who took fifth place at the 2022 Arnold Classic, bounced back and secured second at the 2022 Boston Pro show in early March, behind champion William Bonac. In the end Blessing Awodibu won the title, securing their invitation to this year’s Olympia.

A total of 14 competitors from the 212 division battled on stage. Noel Adame stood out before the competition after a commanding 2021 season. He managed to win first place at the Puerto Vallarta Pro, then took 14th place at 2021 Mr. Olympia last year. Despite putting in a valiant effort, Bryan Balzano won the Indy Pro 212 title.

Highlighted for its competitive nature, the Women’s Bodybuilding division took over the stage in Indianapolis. While there were only five competitors vying for gold, the contest got intense fast. By the end of the show, Theresa Ivancik took home first place at the 2022 Indy Pro, securing their spot to compete at the biggest show of the year Ms. Olympia 2022.

The season of bodybuilding is heating up and the lineup for this year’s Olympia is starting to take shape. Three divisions crowned winners at the 2022 Indy Pro, and plenty of fireworks went off in the Men’s Open division.