Arnold Schwarzenegger shared a heartfelt message after the passing of Bill Pearl at 91 years old: 'He Will Live on Forever in Those He Inspired' 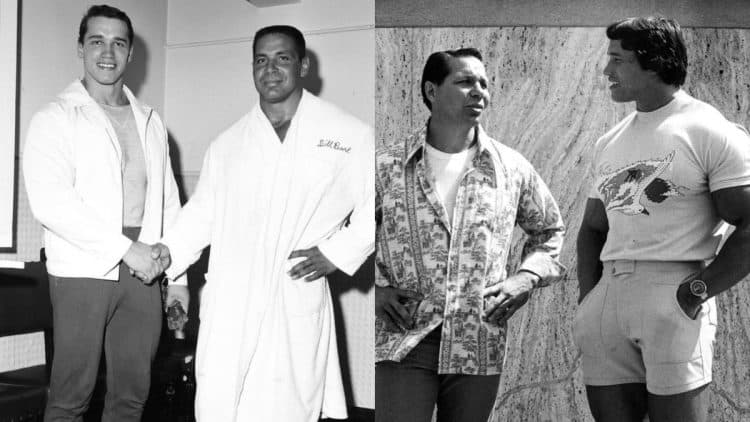 The passing of Bill Pearl at the age of 91 sent the bodybuilding community into a state of mourning. In a post made on Instagram, bodybuilding legend Arnold Schwarzenegger shared a heartfelt message following Bill Pearl’s unfortunate death.

Hailing from Washington and Oregon, Bill Pearl first rose to prominence at physique contests in Southern California, where he won Mr. Oceanside in 1952. His career spanned over two decades from the 1950s to the 1970s. He was crowned Mr. Universe four times (1953, 1961, 1967, 1971) and was honored as the “World’s Best-Built Man of the Century” in 1974. Pearl eventually stepped away from competing professionally but made guest posing appearances at numerous shows until 1989.

Bill’s illustrious career earned him the prestigious Arnold Schwarzenegger Classic Lifetime Achievement Award in 2004. He maintained a presence in bodybuilding even after competing by coaching and publishing a number of written works. Pearl never stopped bodybuilding and was highly respected for his dedication to the sport, well into his twilight years.

His wife, Judy Pearl informed fans months ago that Bill nearly avoided death when he fell off a Craftsman lawn mower. As a result of the harrowing accident, Bill suffered a compression fracture of his T-10 vertebrate which required a six-hour surgery.

Arnold Schwarzenegger on Bill Pearl Passing: ‘Bill Pearl was One of The Greatest Bodybuilders of All Time’

In a recent post made on Instagram, Schwarzenegger shared his reaction to the passing of legendary bodybuilder Bill Pearl.

“Bill Pearl will live forever in the millions of people he inspired. I know because I’m one of them – when my goals were just dreams, it was idols like Bill Pearl, one of the greatest bodybuilders of all time, who motivated me to make the impossible possible.

I put his photo above my little bed in Austria to remind me to keep pushing, to stay hungry, and to never give up. My thoughts are with his family.”

According to a recent Facebook post made by Pearl’s wife, Bill was struggling with a bacterial infection stemming from intense antibiotic therapy. He was also battling Parkinson’s disease, which his wife believes ‘defeated him.’

As highlighted by “The Austrian Oak,” Bill inspired the golden era generation of bodybuilders, including Arnold and three-time Olympia winner Frank Zane. Bill Pearl will continue to be remembered as an important figurehead in bodybuilding for his lasting contributions to the sport. He is survived by his wife, Judy.