This year's season of bodybuilding is heating up with the 2022 Indy Pro set to kick off this weekend. 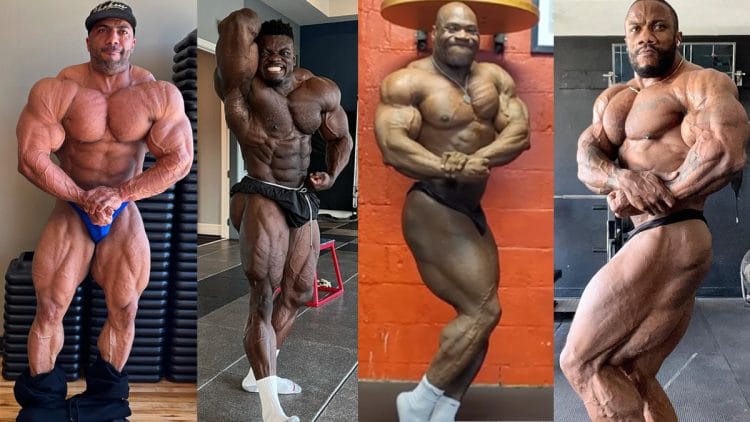 While last week’s 2022 Pittsburgh Pro didn’t feature Men’s Open competitors, they at least made an appearance at the event as guest posers. However, at the Indy Pro this weekend, Men’s Open bodybuilders will compete against each other as they look to earn their 2022 Olympia invitation. In addition, women bodybuilders and the 212 division will also be vying for Olympia invitations.

Pegged as the early favorite to win the show is returning champion Justin Rodrguez. Rodriguez kicked off his season last year winning the Indy Pro. Rodriguez finished the year at 2021 Mr. Olympia, earning eighth place. After coming in fifth at the 2022 Arnold Classic, Justin entered the Boston Pro the next week and managed to earn second place behind winner William Bonac.

Another big name performing in Indianapolis this weekend is Maxx Charles. Charles had an extremely busy schedule last year. He competed at a total of four IFBB Pro shows. Charles took third place at the 2021 New York Pro. He followed that up with a fourth-place showing at the Tampa Pro in the same year. Months later he battled on stage at the 2021 Arnold Sports Festival where he secured eighth place in the Men’s Open division. After another eighth-place performance at the Legion Sports Fest Pro last year, Charles is determined to right the ship and make a statement this year. He last competed at 2022 Boston Pro, where is placed fifth.

Blessing Awodibu has been stealing headlines as of late after making improvements to his physique over the last few months. Awodibu made his Pro debut at the 2021 Indy Pro last year where he secured third place. In addition to the Indy Pro, Blessing also competed at the 2021 New York Pro where he walked away in sixth place. “The Boogeyman” has promised that he will be at his best when he takes to the stage this weekend.

Charles Griffen is back in action and will be looking to earn his Olympia invitation. He placed third at the 2021 Tampa Pro, behind Phil Clahar in second and first place winner Iain Valliere. Darkhorse, Griffen isn’t the biggest man at the Indy pro stage, however, his definition and proportions will give him some advantage.

Despite being unable to reach the podium, Men’s Open competitor Dorian Haywood competed at five IFBB Pro shows last year and is hellbent on winning one in 2022. His best performances in 2021 came at the start of his season where he earned fourth place, both at the Indy Pro last year and the New York Pro.

The 2022 Indy Pro is set to go down in mere days. As this year’s bodybuilding season is underway, competitors from around the world will battle on stage to earn their invite to 2022 Olympia.