Female Bodybuilding Legend Iris Kyle Announces That She Will Be Returning For The 2020 Ms. Olympia 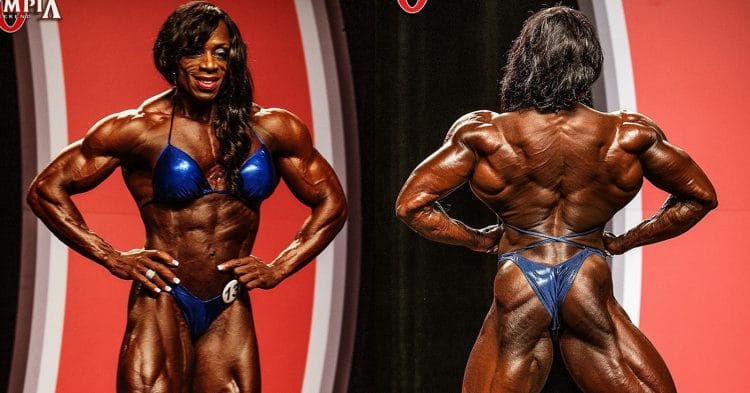 With the long awaited return of the Ms. Olympia contest coming up, many big name female bodybuilders have announced their intent to compete at the show. Now the legend Iris Kyle can be added to this list, as she revealed that she will compete at the big show.

When the Ms. Olympia contest was last held in 2014, Iris had been the reigning champion for ten of the last eleven years. She is the most successful female bodybuilder of all time, and never lost her Olympia title, similar to Cory Everson. However her run is longer than any other athlete, male or female.

Now it seems that Iris Kyle is looking to make a comeback, and recapture the throne that she once held. According to reports, she will be making her comeback alongside the return of the Ms. Olympia contest. IFBB President Jim Manion made the following announcement to reveal these intentions.

“@iriskyle announces return. Aiming for 11th Ms. Olympia @mrolympiallc
No bodybuilder, male or female, has won more Olympia titles than Iris Kyle. After 6 years away from the stage, the female bodybuilding legend has surprised fans with the announcement that she will return this December. With a record 10 Olympia titles to her credit, along with 7 Ms. International titles, the world’s most decorated female bodybuilder has set her sights on Olympia Weekend in Las Vegas and the highly anticipated re-launch of the historic Ms. Olympia.

Iris explains, “Now is the right time for me to return to the greatest stage in bodybuilding. I’ve had so many incredible moments at the Olympia and I am focused on winning one more. I’m dedicating this one to all the fans who continue to inspire me in so many ways.”

During last year’s event, it was announced that the Ms. Olympia will return in 2020 following a 5 year layoff. With the support of new owner Jake Wood, the tradition of the Ms. Olympia has been restored, news that has been celebrated by the entire female muscle building community.

Olympia President Dan Solomon adds, “The 2020 Olympia continues to get more exciting. Many of the all-time greats want to be a part of the new Olympia experience we are creating. In addition to Iris Kyle going for number 11, we will also witness the return of Oksana Grishina and Adela Garcia, two of the greatest fitness champions of all time, along with the highly anticipated return of Flex Lewis, and the emotional farewell to Dexter Jackson as he competes for the final time.” Solomon continues, “And with 5 months still to go, I have a feeling there will be more big announcements to come.”

Obviously this is massive news for fans of bodybuilding, and of Iris Kyle. This will be her first time competing since the 2014 Olympia, and it will be interesting to how she looks at 45 years old, and six years away from the game.