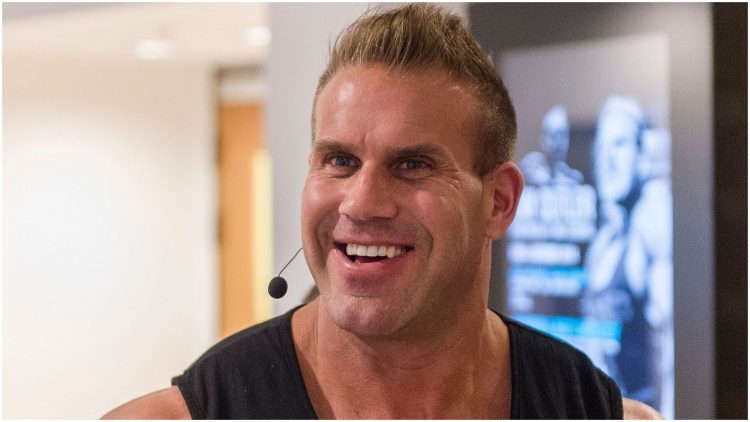 Former four-time Mr. Olympia Jay Cutler is a formative figurehead in the world of bodybuilding. Recently, Jay Cutler found himself pondering the differences and tension growing between bodybuilders in the modern era compared to the old school age of bodybuilding.

With the knowledge Cutler gathered during his time practicing bodybuilding sports, he continues to serve as a phenomenal ambassador for bodybuilding. Even in retirement, the former Mr. Olympia has a keen sense of the bodybuilding landscape.

Following Cutler’s retirement, he remains an upstanding role model for younger bodybuilders who have yet to establish their name. As one of the more influential bodybuilders of his generation, Jay Cutler has reached mountainous heights. The former two-time, Arnold Classic winner (2002, 2003) also has the distinction of being inducted into the International Sports Hall of Fame back in October.

The four-time Mr. Olympia winner Jay Cutler has taken to his podcast to discuss the differences between old-school bodybuilding and new-age bodybuilding. In addition, the legendary figurehead details the discipline required that comes along with choosing bodybuilding or weightlifting as a profession. While he details a stricter career path for old school, Cutler believes a wedge of hostility is growing between the two eras of bodybuilders.

In episode 14 of Cutler Cast, the four-time Mr. Olympia dives into a variety of topics. However, the conversation took an interesting turn when Cutler began examining the paths bodybuilders took during the old school age of of the sport.

“Yeah I mean there wasn’t the availability. So when I turned pro, it was like okay you do the Night of Champions right, and then or ya know, or the next year you do the Arnold if you placed well. Yeah, the first thing is like you have to win the NPC, and then you’re at the level where you can go to the Arnold classic and then, of course, the Olympia is the big one right. Jay Cutler explained.

Then they have European tours after which ya know that was part of the whole thing, but I think that was covered like the promoters would cover many of the guys that traveled there, at least the top names, uh so I think, ya know for me uh it was a lot less contest which now I mean look at it, we don’t even know about, there’s a lot of hidden contests.”

After explaining his bodybuilding path, Jay Cutler shed some light on the growing tension between the older bodybuilders and the newer age coming up.

“And you know I wanna touch a little bit on, uh you know old school vs new school. There seems to be a lot of discussion. Cutler said. Ya know lately, I’ve been seeing some rumblings about how… ya know the older bodybuilders, it’s kind of an ongoing thing, but like how they feel about new age bodybuilders.

You know there’s been a lot of negative stuff about that, where I think that um, ya know I just hate to compare generations. And uh you know I feel that definitely things have changed and a good way and a bad way obviously. Of course I just feel Joe Weider like when he had the Olympia, you know I’ve mentioned this before where it was like you had a contract under Weider and your whole goal was to get into the Mr. Olympia.

So it didn’t matter you had to compete as many times as you could in order to qualify and get into Olympia because he wanted all his roster in the Olympia. But you had a contract so you were paid by the organization meaning like you know the guy who hosts the biggest show of the year um, he would you were able to come you know be paid to compete like that was your job and it wasn’t a huge salary. But I think now a lot of people are looking in and criticizing the physiques of how much bigger the guys have gotten.

I just feel like there’s not a lot of huge new names that are all fighting for the crown, you still have like the bionics and you know Hadi’s been around a minute and Brandon’s been there for a minute and of course rami. So until we see the new blood come in and the new blood i mean like you know Sergio, Nick Walker, Iain and Hunter.”

The emergence of social media and the various forms of income available to athletes has changed the playing field. Additionally, the four-time Mr. Olympia winner addressed the ongoing hostility between the two eras of bodybuilding. Despite all of the changes in the sport, Jay Cutler is adamant that new blood hasn’t pushed the old guard of bodybuilders out just yet.