Jay Cutler gives his thoughts on Hunter Labrada vs Nick Walker and Big Ramy vs Brandon Curry from the 2021 Mr. Olympia 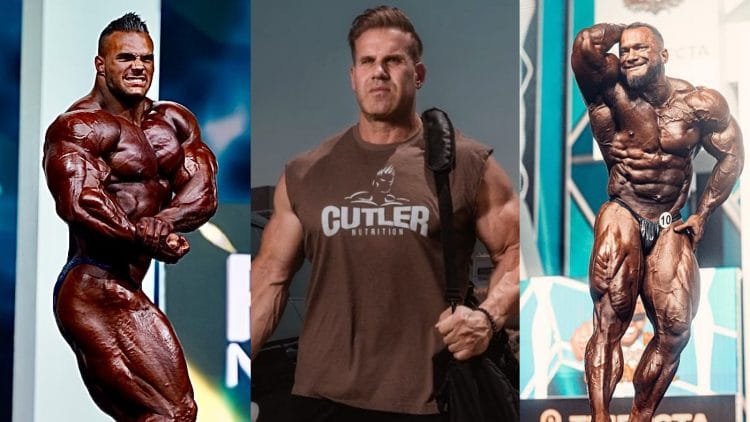 Heading into the 2021 Mr. Olympia, Jay Cutler had a lot of faith in the abilities of Nick Walker. While Hunter Labrada ended up beating Nick, Jay seems to think he understands why that happened.

Cutler is a big fan of Walker, with the two not only getting a lot of comparisons to one another, but also working together at various points. So naturally, the 4x Olympia winner had high expectations for Nick’s Olympia debut, saying that he could even come as high as second place.

In the end Nick found himself in fifth place, coming behind fellow young gun Hunter Labrada, who narrowly beat him on the scorecards. Speaking in a recent interview, Jay explained that he was surprised to see Hunter do so well this year, but that it was the shape of his physique that left him beating a more conditioned Nick.

“I’m close to Nick, we stay in touch and I figured that there would be a battle, he would be in the mix there. We kind of knew that. Hunter surprised me, because to go from 8th last year to a position where he could be at the top. I mean, I figured he could push in the top six, and I think it was always condition with him, meaning dryness,” Cutler said.

“I think with (Labrada), it was the shape overweighed the condition in that decision. Listen, I’m not a judge so I don’t like to say how I would’ve judged it, but it’s hard because I’m definitely favorable towards Nick because of our relationship at this point. But listen, Hunter cannot be denied. I think you’re looking at either one of those guys as a potential Mr. Olympia winner in the future.

“Walker definitely had the momentum this year, we expected him to be there. But did we expect Hunter, that is the question. We didn’t expect him to be fourth. So I think that his shape really carries him. His shape is a little more prettier than Nick Walker,” Cutler added.

“Nick Walker was definitely harder, dryer, had some stellar shots, but I think where sometimes those lines are drawn… It was close. It could’ve been a coin toss… It’s just one of those things where it was like a judge’s decision, and I’m happy with the call, but like I said, I think Nick definitely had the condition, where Hunter had the better shape display.”

That said, the real battle onstage came down to the reigning champ Big Ramy, and the man he took the title from, Brandon Curry. For Jay Cutler, he believes things were much closer than a lot of people may have expected.

In the end, he believes that Ramy was able to come back sharper for the Finals which led to him beating Brandon. However he says that it was nowhere near a decisive victory for the two-time champ.

Watch the interview below

This is some interesting insight from Jay Cutler, who is quite familiar with what it is like to be in all of the positions that these athletes find themselves in. Either way, the 2021 Mr. Olympia was an exciting contest from start to finish.