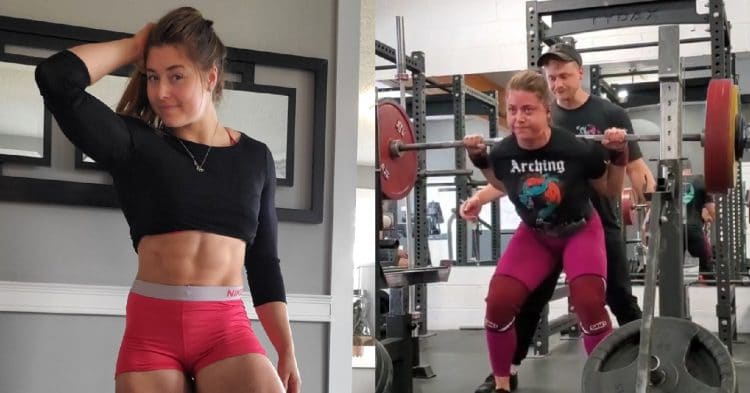 25-year old powerlifter Jessica Buettner is preparing for her first contest of the year. About a month out of the meet, she proved she was ready with some hefty squats done in the training room.

By the time she competes at the International Powerlifting Federation (IPF) World Championships, it will have been a year and a half since the last time Buettner competed. This makes her performance here all the more intriguing, considering the fact that she has been constantly improving over the years, and it will be interesting to see the fruits of those labors come to bare when she finally returns.

With her return to action imminent, Jessica has been really ramping up her training. This has led to some impressive lifts in the gym, including the 469lb squat that she hit recently, posting a video of the performance to be her Instagram.

DAMN I WANT 500lbs!! Might be a little out of range for worlds, but at this rate hopefully soon 👀 Thank you @jarekrhode
for spotting me, felt very dizzy on account of diabetes during this workout,” Buettner wrote.

“Squats and Weight loss are a pretty bad combo but they’re still moving well! I’ve been eating a lot of my calories before working out and then being hungry most of the day after, which is a bold strategy but it seems to be paying off as I am losing weight 😂 We are 4 weeks out from ipf worlds, and I’m excited because the current squat World record is 203.5kgs👀”

As she alludes to in the post, Jessica Buettner actually scored an official world record for her weight class in this lift. To be able to do that while self-admittedly feeling weak, makes one wonder what kind of numbers she will be able to put up in competition.

She also explained that she is gunning for a 500lb squat, even if it does not happen at the IPF Worlds. This certainly seems like a reasonable goal for her, especially when you consider the work that she has been putting in on the squat over the last few weeks.

Even just a few days earlier, Buettner was seen doing 397lb paused squats for four reps, doing so for four sets. Add this to the sets of sumo deadlifts she was doing, and it is clear that she has been pulling out all stops for this prep.

Now there has been a little drama between the IPF and USAPL, so unfortunately Jessica Buettner will not be competing against any Americans at the IPF Worlds this year. That said, she is still in prime position to have an insane performance 😍, and set some serious records.