Former 'Biggest Loser' Trainer Jillian Michaels slams CrossFit saying, "It has yet to be explained to me in a way I understand." 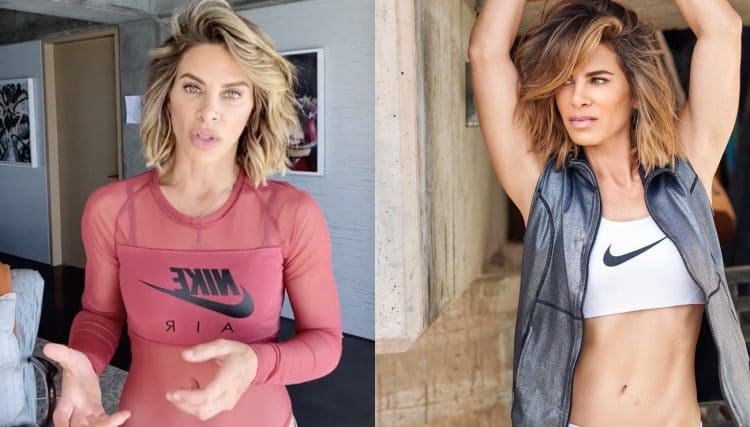 Jillian Michaels the former Biggest Loser trainer has spoken out against CrossFit training once again. She’s getting backlash, and it’s not the first time she’s slammed the sport. Her biggest defense is that it’s dangerous and too intense for the average human workout.

Still, that’s just a theory that is not being taken well by the CrossFit community.

In a video she posted to Instagram, Jillian starts by saying, “we’ve been over this in spades” and that she’s not trying to bash anybody. She said when she’s asked, she’s going to answer.

Jillian Michaels also said that CrossFit takes the most advanced fitness modalities in the world. Gymnastics and Olympic lifts she said are for elite athletes. Referring to Olympic lifts specifically, she said that even she wouldn’t dare to coach it because it’s so technical.

“When you have exercises that are so technical like Olympic lifts or gymnastics, why are you doing them for time? These are really dangerous things to be doing for time.”

Jillian Michaels continued saying that the bar for certification to coach CrossFit are minimal, saying one could become a coach in a weekend. She said when training someone on gymnastics and Olympic lifts, “My hope is that you are an absolute pro.”

Another thing she noted was that “it has yet to be explained to me in a way that I understand.”

Jillian says that CrossFit training isn’t really a “plan” and that it would make it harder to progress in the sport.

Jillian Michaels has done CrossFit herself, and once did a workout involving 10 box jumps and a burpee, which was followed by nine-box jumps and two burpees, until all the box jumps were done.

She said she could really feel the toll in her joints and she hurt her toe. She did not think there was any logic to the training.

Another issue she has with CrossFit training is the number of reps in the workouts, known as AMRAPs (as many reps as possible.) Jillian said that this kind of method could interfere with an athlete’s ability to focus on form.

Michaels also suggested that certain muscle groups are overtrained in CrossFit, and exercises like pull-ups, sit-ups, push-ups, battle ropes, and squats, are all focused on in the workouts. She said it’s too much for the entire body for one session.

This led her to note that recovery time of one day in a week of CrossFit training isn’t enough, due to the intensity the body undergoes for this training.

“If you’re doing the same exercises for three days in a row [before a recovery day], I don’t understand that training plan. To me, when you train, particularly as hard as you do in a CrossFit workout, you need time to recover. I wouldn’t want to do a workout that hammers my back or my chest and then hit those muscles again the next day, or even a third day in a row.”

The People Have Spoken

She asked her fans to provide feedback, and many did, trying to stay as diplomatic as possible.

One referred to the constant challenge of the sport.

“It’s really personal preference. I can relate to what you’re saying but personally, I love Crossfit. It has empowered me beyond compare. Is it hard? Yes! Do you get pushed to your limits? Absolutely! If you choose to do Crossfit, you need the drive to perfect the lifts. I love it. I love the variation and constant challenge.”

Another took issue with her use of the word “beating.”

“You don’t understand it that’s the thing. It is not a beating thing. There is a specific technique you need to progress. It is a lot of fun if you like that type of thing. And it’s a certain mentality as well it is not for the weak at heart, you have to like that type of stuff.”

It’s not the first time Jillian Michaels has slammed the sport. It probably won’t be the last.