With the 2020 Olympia almost here, Breon Ansley dials in his poses alongside Chris Cormier, as he prepares to reclaim his title 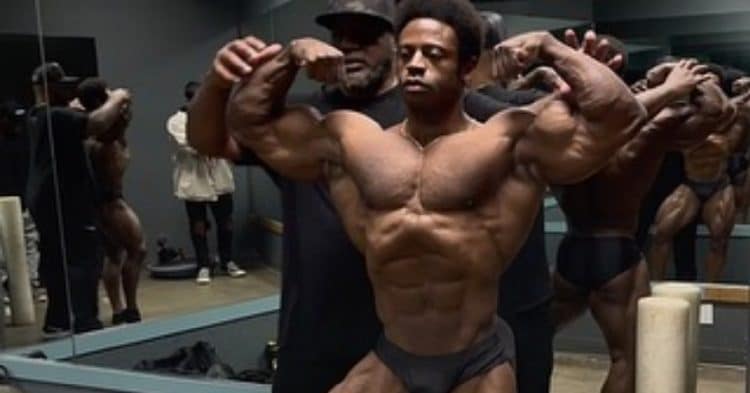 The 2020 Mr. Olympia is a little over a week away, and athletes are putting the final touches on their prep for the contest. Former Classic Physique Olympia champ Breon Ansley has gotten in some final posing work as the event draws near, and he is looking sharp.

Heading Into this year’s Olympia, all eyes are on Ansley and his counterpart Chris Bumstead. The two fought tooth and nail last year, with the Classic Physique Olympia ultimately coming down to a decision based upon one point. So this year, both men are looking to legitimize themselves and prove that they are the better of the two bodybuilders.

With so little difference between who won and who lost last year, Breon Ansley knows that it all comes down to the fine details this year. So with just over a week to go until the contest, he has been working alongside Chris Cormier to help dial in his posing routine and get the most out of his physique this year. Chris uploaded some pictures to Instagram to show the pair working together, and Breon is looking like a pure animal.

It was more than just pictures that we got from Ansley ahead of the Olympia. He also took to his YouTube channel to document this posing session with Chris. Here you can see the detail that goes into this side of prep, as Chris works with Breon to adjust and fine tune each aspect of every pose.

“We’re on point, we better be,” Ansley said. “In the mid 180’s, tomorrow is judgement day and I think we’ve made it. Still more work to do, still more fine tuning to do.”

Some fans of bodybuilding may not realize how critical it is for Ansley to fully nail the posing at the 2020 Mr. Olympia. When Breon lost to Chris Bumstead in 2019, it was by a single point, which is the equivalent to a single pose. This goes to show just how important the little details are when it comes to displaying his physique on stage. He does not want the same thing to happen again this year, leaving him one pose away from reclaiming his throne as champ.

It would appear that Breon Ansley has made a ton of improvements for this year, not just with his physique but with the way it is presented too. It is going to be interesting to see how he looks when he steps on stage in a week and a half.