Joe Rogan Sounds Off On Changes To Mainstream Beauty Standards 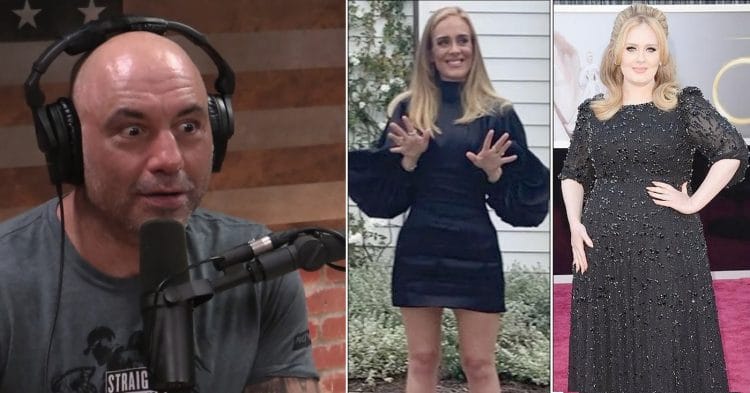 Pop sensation Adele had a recent weight loss transformation that resulted in some controversy within the community. Now Joe Rogan gives his take on the issue, and what it means for beauty standards in the world, as a whole.

Rogan has been known for his accepting and open minded nature over the years. Although he is not afraid to voice his opinion, he is always willing to change his mind when presented new information. Moreover he likes to stand firm in the idea that everybody should be allowed to do the things that make them happy.

However Joe Rogan recently was on one side of an issue that left him a bit less understanding. Pop icon Adele recently blew away fans with the massive amount of weight loss she has gone through recently. This has caused a ton of people to say that she is beautiful now, while others got frustrated saying that was wrong because they are only saying that now that she is skinny.

This struck a nerve with Rogan, who brought it up on his recent podcast with Tony Hinchcliffe. He feels that there is nothing wrong with saying that Adele is more attractive now that she has lost weight. Moreover he got fired up, saying that people should want others to be happy and healthy, by losing weight. Although it is okay to be comfortable in your own skin if you are bigger, that does not mean there is not an issue with your weight.

“She is (better looking since she lost weight), and you know that,” Rogan said. “The only reason why anybody would want to fight that, when so many people overwhelmingly say she looks better, is because they don’t want to look at themselves. It’s that simple. They don’t want to change, and they’re trying to bully you into deciding they’re beautiful if they are 210lb.

“Yeah it’s not fair,” Rogan concluded. “A lot of s–t in life’s not fair. That’s just how it is. If you choose to stay big, thy is your choice. I know it’s a difficult choice to try to move your body down and lose weight and be healthy, but you can’t say that it’s not attractive when someone has a good body. Because it is. So if someone has a better body than what they once did, they look better.”

Joe Rogan goes on to explain that it is your own fault if you feel pressured by someone who takes care of their physical health. He explains that it leaves you with a choice to prioritize your time to get in better shape, or to spend it on whatever else you care about. On the other hand, he reaffirms that finding your own happiness is important, so long as you do not try to force that same interest on someone else.

What are your thoughts on Joe’s comments?