Arnold Schwarzenegger praises Joe Rogan after Game Changers interview for being open-minded on the topic of veganism.

Joe Rogan hosts one of the hottest podcasts (The Joe Rogan Podcast) available and he’s had so many interesting people on his show from actors to athletes, and celebrities. But in a recent episode, the comedian and UFC commentator was joined by James Wilks, the producer of the new ‘Game Changers’ documentary and paleo advocate Chris Kresser who called the documentary “vegan propaganda”.

Well, this episode was an opportunity for Wilks to negate many of the claims made by Kresser regarding his film. And according to Joe Rogan, Wilks did an amazing job defending Game Changers, so much so that Rogan was considering taking down the original piece where Kresser criticized many aspects of the movie.

This is what Rogan wrote on Instagram about the interview…

“Vegans, you’re gonna LOVE this one! @lightningwilks, one of the producers of “the game changers” came on to challenge some of the criticism that Chris Kresser presented about the movie, and to say he did well would be a tremendous understatement.
James knocked it out of the park and defended himself and the film quite spectacularly. So much so that I’m actually considering taking the original breakdown of the film offline. This podcast will be up today at noon PT.”

Well, Rogan’s open-mindedness on the subject of veganism apparently caught the attention of fitness icon Arnold Schwarzenegger who felt compelled to praise Rogan for being willing to listen and even change his thoughts about certain things which were discussed during the podcast…

“Joe, I just want you to know I’m proud of you for always having an open mind and being willing to listen and change your mind about some things. It’s too rare and if more of our politicians could do that, we’d be much better off. Thank you.”

Watch the full podcast below….

But the main premise was to advocate a mostly plant-based diet for health and performance, rather than consuming a diet which involves a lot of meat and animal-based foods.

So, if you haven’t watched it yet then be sure to check it out on Netflix. 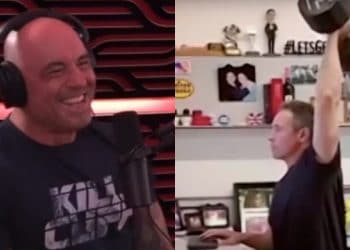 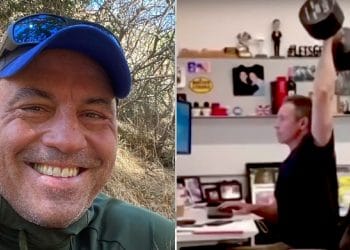