Comedian Joe Rogan gets a dope gym setup that you need to see! 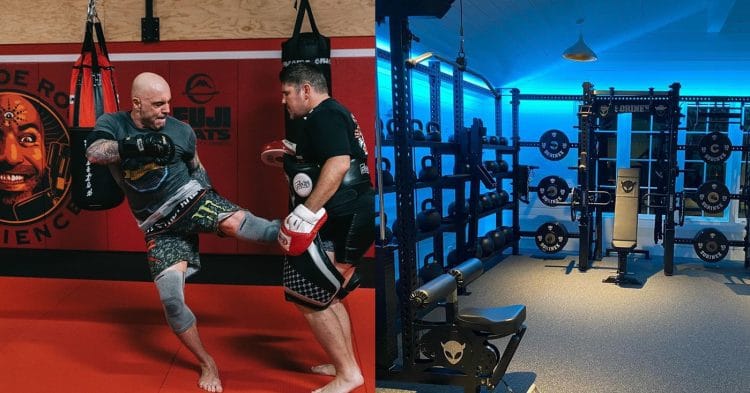 Stand up comic Joe Rogan just got a new home gym setup that’s pretty lit… literally! Rogan is very vocal about his passion for physical fitness, not to mention, his love for martial arts. So, he’s always working out and training to stay in tip top shape.

His massively successful podcast, The Joe Rogan Experience, landed at number one on Forbes earlier this year, pulling in $30 million. And after having recently signed a $100+ million deal with Spotify to stream his podcast, the UFC commentator is sitting pretty right now.

Rogan recently located to Austin, Texas after having lived in Los Angeles, California. So he recently enlisted the help of Bert Sorin, President of Sorinex (exercise equipment manufacturer), and his team, to put together a home gym setup. Rogan called it the dopest home gym he has ever seen, and based on the photos, he’s not far off. From the setup to the cool blue lighting and alien-like logo, it’s pretty awesome.

Check it out below and swipe right to see all photos.

Rogan also has a very large training facility in Los Angeles where he does his podcast, but since he’ll be doing his podcast from Texas, we’re not sure what his plans are for the facility.

He also gave a sneak peak into the beginning stages of the new studio setup on his Instagram which we posted below, and it’s looks really sweet!

He also shared the following post, announcing that the show will stream on Spotify September 1st.