This is big news for the world's biggest podcast! 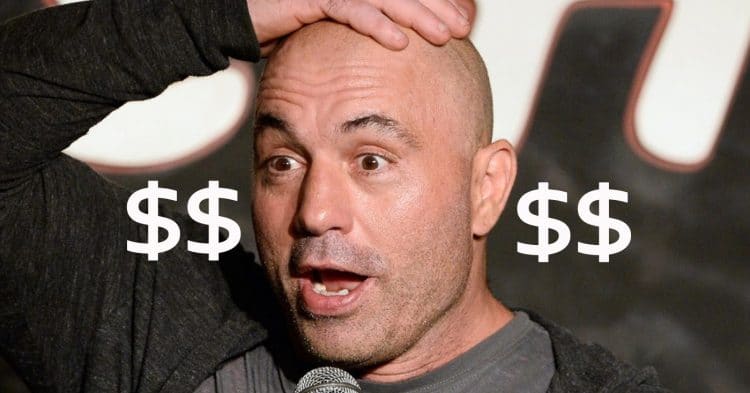 The Joe Rogan Podcast is one of, if not the most popular podcast currently. And for those unfamiliar with this podcast, it’s hosted by comedian and host/commentator Joe Rogan. On the show, he talks with guests from all walks of life from actors, to martial artists, entrepreneurs, inspirational figures, and so much more.
Well, in February 2020, the Joe Rogan Podcast landed at number 1 on the Forbes list of most successful podcasts, pulling in $30 million. He also has over 8 million subscribers on YouTube which is a testament to his success.
And things just keep on getting bigger and better (as if that’s even possible) for him, recently signing a hefty exclusive deal with Spotify (digital music service) reportedly worth over $100 million according to the Wall Street Journal.
Joe Rogan made the announcement on Instagram which read…

“Announcement: the podcast is moving to @spotify!
Starting on September 1 the podcast will be available on Spotify as well as all platforms, and then at the end of the year it will move exclusively to Spotify, including the video version.
It will remain FREE, and it will be the exact same show. It’s just a licensing deal, so Spotify won’t have any creative control over the show. They want me to just continue doing it the way I’m doing it right now.
We will still have clips up on YouTube but full versions of the show will only be on Spotify after the end of the year.


I’m excited to have the support of the largest audio platform in the world and I hope you folks are there when we make the switch!”

This is very exciting for both parties and from what the post read, the podcast and video version will be exclusive to Spotify at the end of 2020. Currently, you can have access to the episodes on Apple iTunes but that will end when the new agreement goes into effect. Nothing changes for the podcast though so you’ll still hear/watch the same great content.