The powerlifter smashes the previous raw squat world record with an incredible lift over the weekend! 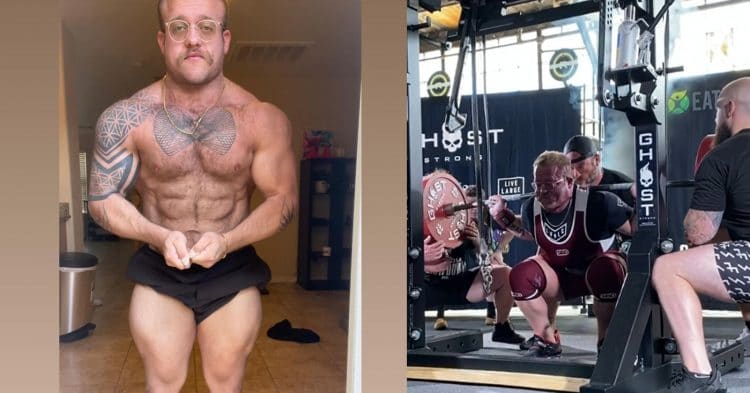 Nearly a year ago, on September 26, 2020, he broke this very same record with a 373kg/822.3 lbs lift. However, we learned that his rival Jordan Wong broke that record very recently with an 826 lbs squat in the same weight category.

But you know what they say, records are meant to be broken and the 28-year-old veteran decimated his previous record by seven kilograms or 15.4 lbs and took back the crown.

This is an incredible achievement by the accomplished strength athlete.

“837lb/380kg for a new all time world record in 220lb/100kg weight class,” He wrote on Instagram. “Proud to be here, and honored to have been pushed by @wongstwong . I’m so thankful for all of you that have helped me along the way. I’m by myself on the platform, but I’m never alone“.

Sullivan shared the video of his historical lift and while it’s a lot of weight for anyone to handle, this feat is especially insane considering his body weight. In fact, it was 3.8 times his body weight.

Not to mention, it looked like a smooth lift and the weight appeared to go up without a hitch.

We also included Jordan Wong’s lift to acknowledge his short-lived world record that he’d apparently been chasing for 5 years.

Impressive at the record lift was, it looked like there was definitely more in the tank and there’s no doubt he’s capable of improving upon his best performance yet.

According to OpenPowerlifting, Sullivan hasn’t competed in a sanctioned event since the world record performance last year when he surpassed Amit Sapir’s 372.5kg/ 821.2 lb squat record in the 100 kg class.

His first competition was the USA Powerlifting (USAPL) High School Nationals of which eighth-ranked Sullivan was just 14 years old. Well, he’s made lifting a lifelong commitment and his dedication has paid off big time.

Joe has competed in 18 sanctioned events, taking first in twelve competitions. The college graduate has also competed in the 242 lb category but 100kg was where it was at for him this time around, making history once again.

While Joe Sullivan doesn’t compete often and we don’t know his future plans, we’ll be sure to keep you posted when he attempts to break this new all-time world record.

How to Get a Jiggly Butt: Workout and Nutrition Tips