Ahead of the WRPF The Showdown meet, John Haack scores a massive personal record in training 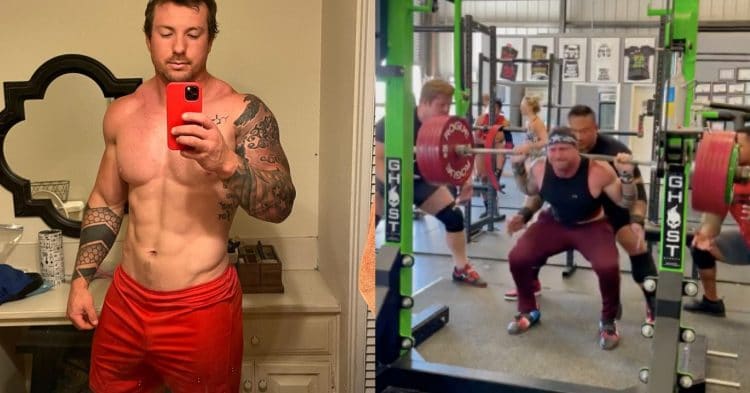 John Haack looks to get back to action when he competes at the 2021 WRPF The Showdown powerlifting meet on September 25th and 26th. Ahead of this meet, he scored himself a new personal record with the squat.

One of the best 90kg powerlifters in the world, Haack has been hitting a new stride in his recent training sessions. His prep for The Showdown has seen him scoring multiple huge lifts, including an unofficial world record deadlift.

With this meet just two weeks away, John has been picking things up big time, which has led to some more impressive results. Most notably was the video he recently posted to Instagram, which was of his last heavy squat training session before the meet, that saw him squat 771lb (350kg) to score a new personal best.

There have been a ton of incredible showings from many of the athletes competing at The Showdown, particularly on the women’s side of the competition, but this squat from John was certainly up there. The fact that this was a new personal best is impressive, considering how smoothly he was able to make the weight move.

John Haack is expected to go up against seven other athletes in his division at this meet, and judging by his training footage he is a heavy favorite to win. Between his unofficial deadlift record, which may become official in two weeks, and this squat which is 27.5lb (12.5kg) heavier than his competitive best, fans are likely in store for one of his best showings to date.

Even though this training session apparently beat up John and made him feel tired, he showed dedication by showing back up in the gym just a few days later for another strong deadlift session. This one saw him pulling 804lb (365kg), which was apparently feeling heavy to him, not that you could tell with the speed that he whipped it up.

John Haack is definiet going to be a strong addition to the roster for the upcoming The Showdown meet. The way these athletes have been looking in the gym leading up to the contest, makes it seems like this is by far going to be one of the most competitive and exciting meets of the year, when all is said and done.