Jonathan Cayco is not slowing down until he reclaims his IPF World Champion title. 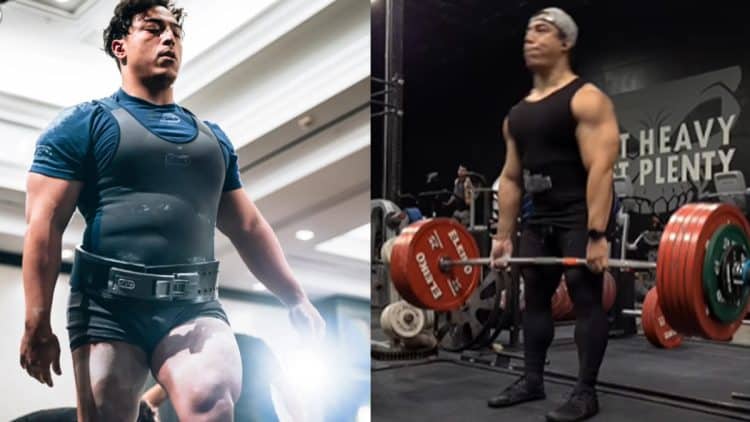 In addition to the nickname “Mr. Bench”, Jonathan Cayco’s recently impressive record-breaking lifts and consistency have helped him gain a reputation. Cayco was supposed to defend his title at the 2022 IPF World’s, but was unsuccessful in doing so. He may have managed to get a bronze medal in the end, but it was nowhere near enough for him to be satisfied with. So, upon his comeback to training straight after the competition, Cayco started pushing himself even more, which first resulted in a 260-kilogram (573.2-pound) five-rep squat PR. He then followed that up with another two rep 328-kilogram (723.1-pound) deadlift PR. However, this is obviously just the start, as Cayco continues claiming more personal bests in training.

Jonathan Cayco has obviously dedicated more attention to the squats and deadlifts following the 2022 IPF World’s. This could prove to be the right step for him, since no one is able to rival him in the bench press. As seen in his recent Instagram post, Cayco is also making progress with his deadlifts. The post displays a video of Jonathan Cayco pulling 295 kilograms (651 pounds) for a new six rep PR.

Not only did Jonathan Cayco complete the six repetitions, but he breezed through them with immaculate technique. This saw him utilize a conventional stance, as well as a mixed grip. Since he only used a lifting belt, his new PR is also raw.

Jonathan Cayco’s greatest deadlift in a competition is 347.5 kilograms (766.1 pounds) from the 2022 AMP Classic Open Nationals Presented by SBD. However, judging by his new six rep and two rep PRs, Cayco can probably add significant weight to his competition PR.

Based on Jonathan Cayco’s history of competitions and the fact that he has not announced his appearance at any competitions soon, it is very likely that he will not be competing this year. Cayco has already participated in 14 competitions and won nine of them. He also holds the IPF Raw Bench Press World Record in the 93-kilogram weight class.

The reason Jonathan Cayco is so committed to improving his deadlifts is most likely because he failed his third attempt at the 2022 IPF World’s. After a flawless run of five consecutive sanctioned competitions, it was his first missed lift in three years. It also cost him the victory, so Cayco is now making sure that history does not repeat itself.