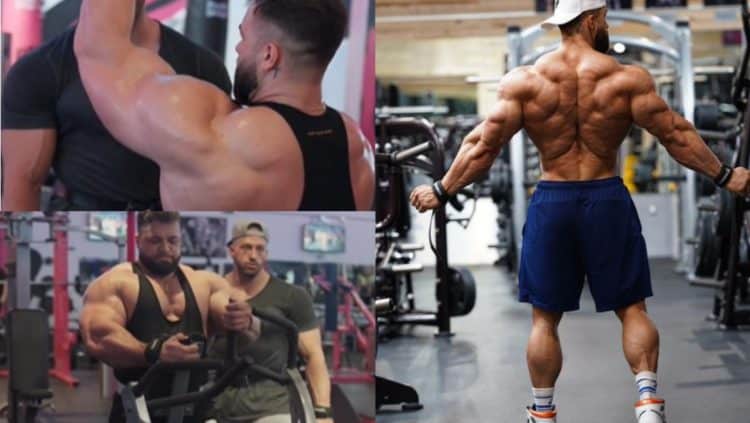 Canadian IFBB Pro bodybuilder Regan Grimes is determined to make an impact in the Open class at his next contest. In a series of recent Instagram posts, Grimes showcased five back workouts to prepare his physique for 2022 Mr. Olympia, scheduled for December 15th – 18th, in Las Vegas, Nevada.

Last year, Grimes established himself as a legitimate Open class contender, courtesy of his aesthetics, balanced proportions, and wide back. He brought his best package possible to the 2021 Mr. Olympia contest, where he finished 15th, respectively.

Weeks later, Grimes was runner-up at the Legion Sports Fest Pro event to champion Shaun Clarida. He then finished the season off with a first place finish at 2021 KO Pro Egypt, which earned him an invitation to compete at this year’s Olympia show.

Grimes returned to the 2022 Arnold Classic stage in March but found himself outside the podium in seventh place. A week later, he stormed the Boston Pro stage and landed in seventh place again. As a result of these two performances, Regan decided to step away from competing at shows until 2022 Mr. Olympia.

With less than 15 weeks until bodybuilding’s most prestigious event of the year, Grimes’ Olympia preparations are heating up. In addition to sharing consistent physique updates, Grimes has been training rigorously. He recently teamed up with rising Classic Physique standout Logan Franklin to build bigger biceps. This week, Regan is focused on building a massive back.

Regan Grimes Making Back Gains in Prep for 2022 Mr. Olympia

In a group of Instagram videos, Grimes shared a number of grueling back workouts as he continues to prepare for his fourth Olympia contest.

First, Grimes began the workout with seated single-arm cable lat pulldowns. He specified that he practiced two warm up sets and two working sets with a rep range of 10-15.

For exercise two, Regan completed cable pullovers with one warm up set and two working sets. He added that he’s ‘aiming to fail’ at 12-15 reps.

Next, Grimes used standing hammer strength mid-rows to build his back. Regan specified that he did one warm up set and two working sets while prioritizing 12-15 reps.

After strapping on some wrist wraps and a lifting belt, Grimes moved on to his fifth and final workout – deadlifts. He suggested one warm up set and two working sets aiming to failure in the 12-15 rep range.

Judging by some of Regan’s recent posts, the bodybuilder is determined to bring one of his best looks to the Olympia stage. In July, he showed off his progress and was pushing the scale at 295 pounds.

Grimes will have a tough lineup of talent to deal with at 2022 Olympia. For starters, reigning two-time Mr. Olympia Big Ramy intends to win a third Sandow. Ramy shared a promising update last month where he garnered headlines with a lean 337-pound frame.

The top five finishers from 2021 Olympia are vying for supremacy this year. Former Mr. Olympia Brandon Curry revealed he’s adding size to combat Ramy. As usual, top finisher Hadi Choopan will be at the contest looking to catch anyone slipping. In fact, bodybuilding legend Phil Heath believes Choopan or Curry could find themselves in first place if Ramy ‘leaves the door open’ again, as he did in 2021.

Regan Grimes will also be challenged by popular Men’s Open bodybuilders like Hunter Labrada and Nick Walker, who both intend to face each other at 100 percent the next time they battle on stage. Meanwhile, William Bonac is another serious contender that many fans believe could impact the Open lineup given his jarring muscle density.

According to four-time Mr. Olympia Jay Cutler, this year’s Olympia might be the greatest contest in the history of the sport. With Grimes making meaningful improvements to his physique, fans are in store for an epic Men’s Open showdown later this year.