The deadlift has been an area of focus for Jonathan Cayco since his last competition. 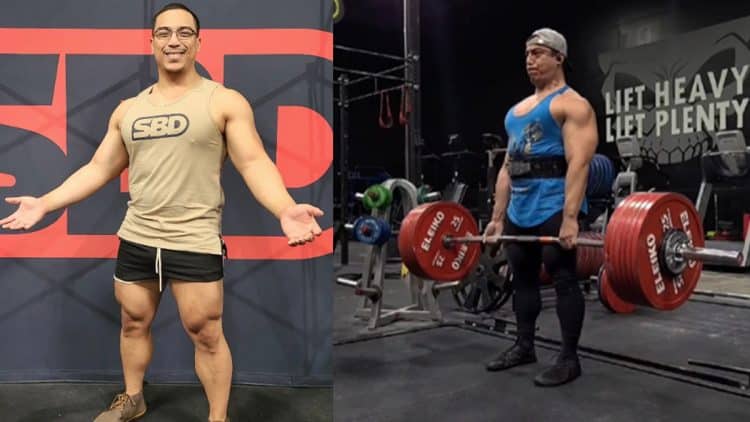 Jonathan Cayco recently took part in the 2022 IPF World Classic Powerlifting Championships in which his goal was to claim another gold medal. However, he only managed to finish in third place behind Chance Mitchell and Emil Krastev. Looking back at the competition, the rankings would have been completely different had Cayco performed better in his deadlifts, since he failed his third attempt of 350 kilograms (771.6 pounds), which would have secured him the title. There is no going back, so Cayco is now determined to improve his deadlifts for the next time he competes. So, in the wake of his newfound motivation, Cayco has just scored a 328-kilogram (723.1-pounds) deadlift two rep PR.

The style and technique of Jonathan Cayco’s deadlifts have not changed much, as he is still utilizing the conventional stance and holds the barbell with a mixed grip. He is also deadlifting raw, as the only piece of equipment he used was a lifting belt. Judging by the caption of his Instagram post, Jonathan Cayco also performed a heavy one rep deadlift shortly before claiming this 328-kilogram (723.1-pound) two rep PR.

“After a nice single too 👍”

Jonathan Cayco hasn’t given any indication of when he will compete next or what his current bodyweight is. However, he has consistently been competing in the 93-kilogram weight class since 2016, so he is probably not much heavier than that.

Jonathan Cayco is also recognized under the nickname “Mr. Bench”, since bench pressing is his greatest prowess. He also holds the IPF World Record in this event, since he locked out 238.5 kilograms (525.8 pounds) at the 2022 IPF World Classic Powerlifting Championships.

Jonathan Cayco proved that he is an incredible powerlifter by winning nine out of the 14 sanctioned powerlifting competitions that he has taken part in. However, he is now trying to reach a whole new level of greatness by improving his deadlifts and squats. As a result, Cayco also crushed a 260-kilogram (573.2-pound) squat for a five rep PR less than two weeks ago.

Related: Jonathan Cayco Does A Dance, Then Wrecks A 735lb Deadlift

In 2021, Jonathan Cayco won the IPF World Championship, and tried to defend it this year, but he didn’t succeed. Though he had not missed an attempt since 2019, he couldn’t pull off a massive deadlift to win. Nevertheless, his new 328-kilogram (723.1-pound) two-rep deadlift PR shows that Cayco is making sure that those situations don’t happen to him again.