Nick Walker Returns To Training In The Gym After Winning Pro Card, Destroys Back Workout 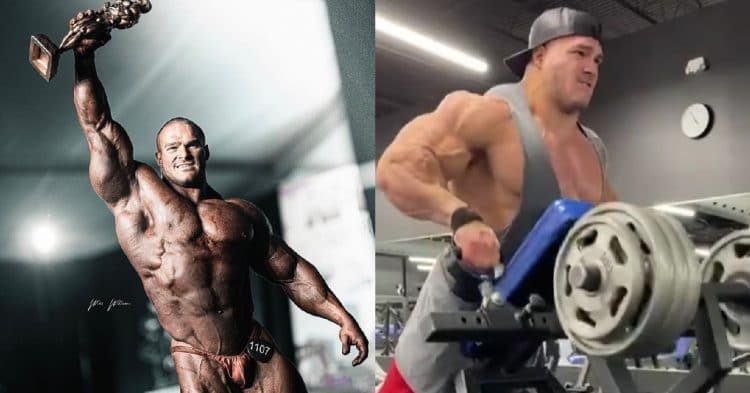 Over the weekend, highly touted prospect Nick Walker was able to secure his Pro Card. Now he makes his return to the gym, and it looking nearly unstoppable.

There are few people in bodybuilding who have made as big of waves as Walker has, before actually turning pro. He had quite the buzz heading into the North American Championships earlier this month. He would live up to these expectations too, winning the event and securing his Pro Card, while showing improvements in his already unparalleled physique.

Now after a few days to relax and revel in his victory, Nick Walker is back in the gym, and getting back to training. He posted to his Instagram, with an intense back workout that he absolutely destroyed. It was a hard day at the gym, and proved that he is not getting complacent just because he has a Pro Card now.

“Few exercises from back today and first day at the revive gym.

Walker is working quite hard in this session, with the first video being of some bent over rows with dumbbells. He next moves into some incline bench rows, using some hefty weight. Next he does cable pulldowns, before capping off the session with preacher curls. All in all, this was a pretty good training day.

Although it has only been a few days since he won his Pro Card, Nick Walker already has his next contest in mind. He is five weeks out from competing at the Chicago Pro, and that is a ridiculous turnaround time to make a pro debut. On the other hand, a lot of people feel that he has a physique and mass that could contend with much of the sport’s best, even before he earned his Pro Card.

I plan on bringing an even better package to the Chicago pro!!!!!!

I thought my motivation was high before, here i come.”

There is a ton of hype behind Nick Walker, and it seems like he is continuing to make improvements as he goes. It will be exciting to see how he does in his pro debut in a few weeks. He has a lot to improve on still, but you can bet that he will show some improvements at the Chicago Pro in a few weeks.