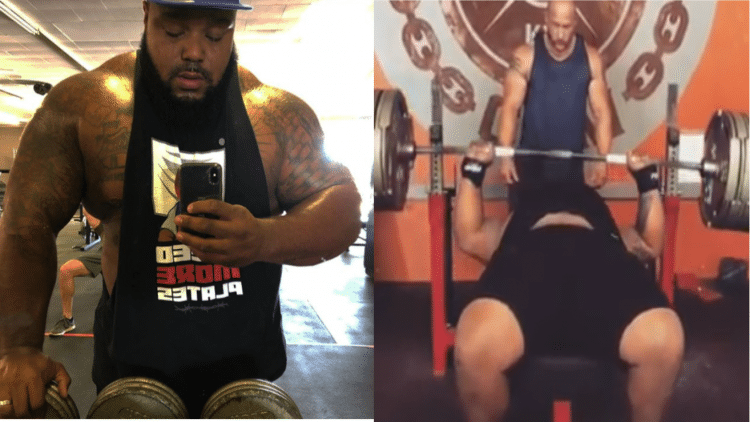 Earlier this year, Julius Maddox broke the all time world bench press record, with an impressive performance. Again he is back in the gym, and lifting heavy to improve on that further.

In August, Maddox was able to break the all time record for heaviest bench press, but only barely. He broke the previous record by 1.1 pounds, after having a close call trying to re-rack it. Nevertheless, he got that record, which he had been seeking for a long time.

Since then, Maddox has been looking stronger and stronger. It seems that every time he hits the gym, the super heavyweight is getting bigger and better. Before breaking the world record, he posted a video of him hitting a 610lb bench press for eight reps. However, he is now looking to follow that up with an equally mind-boggling session.

In a recent post to his Instagram, you can see Julius Maddox again at the bench. This time, he increased it to 615lb, for seven reps. This type of training is sure to set him up for breaking his own record soon.

Check out the unbelievable showing:

As he alludes to in the post, this is a new gym personal record for Maddox. Following the crazy lift, he can be heard talking about how much that wore him out. To be completely honest, it would be hard to believe that anybody could do that without being worn out. Nevertheless, he still managed to lift the weight fairly seamlessly, making it appear easy.

Every single time that Julius Maddox hits the gym, he is always lifting something crazy, and this time was no different. This massive training is sure to set him up for reaching more success in future competitions. It is safe to assume that he is looking to extend his all time world record the next time he competes.