Brandon Curry And Larry Wheels Hit The Gym Together 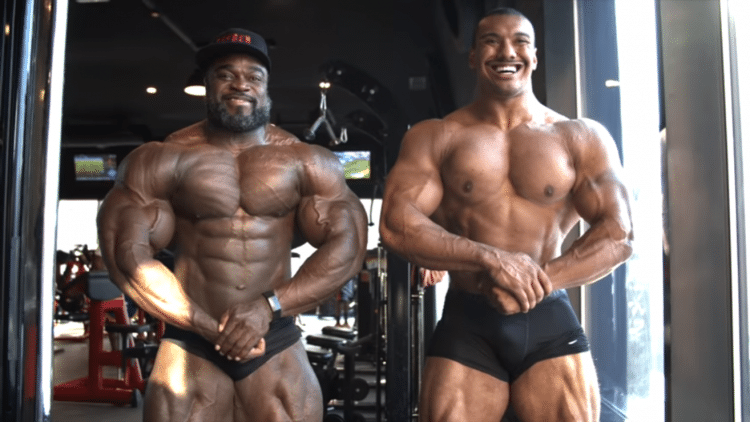 Brandon Curry is ready to appear at the 2019 Mr. Olympia next month. Ahead of this event, he decided to train alongside Larry Wheels.

Curry is one of bodybuilding’s hottest prospects. He won the Arnold Classic this year and is on the shortlist to be crowned Mr. Olympia. Leading into the competition, he is considered to be one of the top athletes for this and future Olympia competitions. Additionally, he has been putting in a ton of work at the gym, to prepare himself.

On the other hand, Larry Wheels is one of the world’s strongest men. He is considered phenom in the fitness community, and although he is healing from a bicep injury, he has still been doing crazy things in the gym. Moreover, the powerlifter turned strongman has been dipping his toes in other sports, such as arm wrestling.

In addition to arm wrestling, Wheels has also been looking into the world of bodybuilding. That was why he showed up at Oxygen Gym in Kuwait recently, to train with Brandon Curry. Curry is largely done doing heavy training, so that worked out well for Wheels’ bicep injury. Nevertheless, they were still able to get a really solid training session in, working on their back and triceps.

Check out the video of the training session:

Following the extensive workout, the two would stand together and pose, showing off the pump they just got from the exercises. However, Curry actually earned some respect from Wheels, who complimented him after the session. Curry was discussing how he needs to “baby” his body for the next three weeks, and Wheels was explaining to the viewers why.

“I want you guys to know, Brandon’s three weeks out from Mr. Olympia, and he smoked me in just about every exercise today. I was struggling to keep up, a few reps behind. A few times I contemplated dropping some weight, but the ego got in the way. ‘Man I can keep up, I’m supposed to be a strongman.’

Curry, however, was quick to explain that he is just conditioned for this type of workout, and that pound for pound Wheels is stronger. Either way, this was an excellent workout and had to be a great learning experience for both men. While Larry Wheels finishes healing, Brandon Curry will look to be crowned Mr. Olympia in just a few weeks.