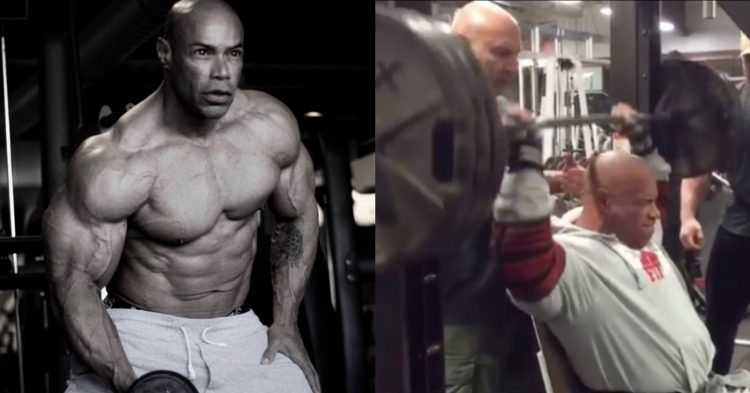 With almost three decades of competition under his belt, Kevin Levrone is without a doubt a real legend in bodybuilding. He recently hit the gym for a hardcore training session that saw him doing some intense shoulder work.

First competing in 1991, and continuing his career all the way up until 2018, Levrone has seen it all in terms of bodybuilding. He has graced every stage from the Arnold, to the Olympia and everything in between.

As a four-time runner-up at the Mr. Olympia, Kevin was never quite able to emerge as the best bodybuilder on the planet. However he showed a level of consistency over the years that garnered him respect nonetheless.

Nowadays, Kevin Levrone still spends a ton of time training (when he is not making music). He has an online training program that he uses to teach others, and puts those techniques in practice himself at the gym.

Even at 56 years old, Kevin is in great shape and is a phenomenal athlete. This was perhaps most evident with a recent post to the legend’s Instagram, where he did 12 reps of a 315lb behind-the-neck press.

Visualize and see yourself doing it before you do it. Your mind is your most powerful tool in life. Turn your dreams into reality with your mind.”

As impressive as he looked, it was clear that this was a case of mind over matter for Kevin Levrone. He was laser focused on the task at hand, and you could see that with the look of concentration on his face.

However it was still light work for the bodybuilding champ. He may have stopped after 12 reps, but he was gong at a consistent pace that suggested he had at least two or three more reps in him.

Kevin has been doing a lot of work in the gym recently, and has come into 2021 with a ton of drive. Here he is just a few weeks earlier, crushing some leg presses, and while he does not say how much the weight is, you can count the plates to see.

It is ultra incredible every time we see Kevin Levrone hitting the gym and putting in some work. The fact that he has been doing this for so long, but is still able to put in these types of showings at the gym, is inspirational.

As bodybuilding fans, we never get tired of seeing our legends at work, and Kevin is no exception. We will be looking forward to see what he does next.