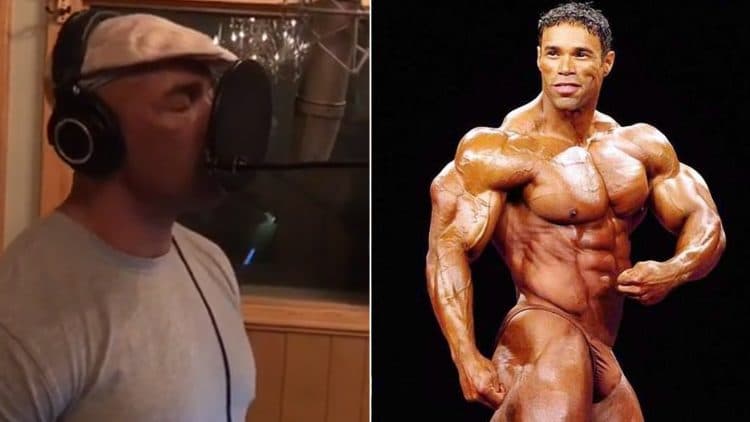 Kevin Levrone is one of the best bodybuilders in the history of this sport. He is the former two-time IFBB Arnold Classic winner and four-time Mr. Olympia runner-up. He is also IFBB Hall Of Famer and proud winner of 23 Pro Shows.

But aside his bodybuilding passion, Kevin Levrone is also a blogger and a musician. He stopped competing in 2003. Yet, he continued training on a regular basis. This kind of a “temporary break” allowed this 1.80m tall muscular legend from Baltimore to push more efforts into another talent – singing.

In the first place, Levrone didn’t plan to become a music superstar like Rihanna or Shakira. But you can’t ignore the fact that he has such a great voice! It looks like pop music is in his veins. This bodybuilding legend claims singing is his hobby and nothing else.

Take a look at the video below. Kevin Levrone released new music single – “God Knows”. The song speaks about religion and faith. And he has already received many positive comments. Such a muscle mountain but a gentle giant and artistic soul at the same time!

A leopard can’t change its spots! This legendary bodybuilder realized two years ago how much he actually liked competitions. He returned to professional bodybuilding in 2016.

Ok, he is far from the results he made in the 1990s and 2000s. But he earned 17th place at Mr. Olympia in 2016, when he was 51 years old! That is a very impressive result! Kevin Levrone was placed 13th in 2018 Arnold Classic Australia. It looks the phrase “life is passing me by” simply doesn’t exist for this legend!

Kevin Levrone, a retired IFBB Pro bodybuilder, is sparking intrigue after announcing that he will be transforming his physique for...