Just three weeks after competing, Kristy Hawkins has made further progress in the bench press. 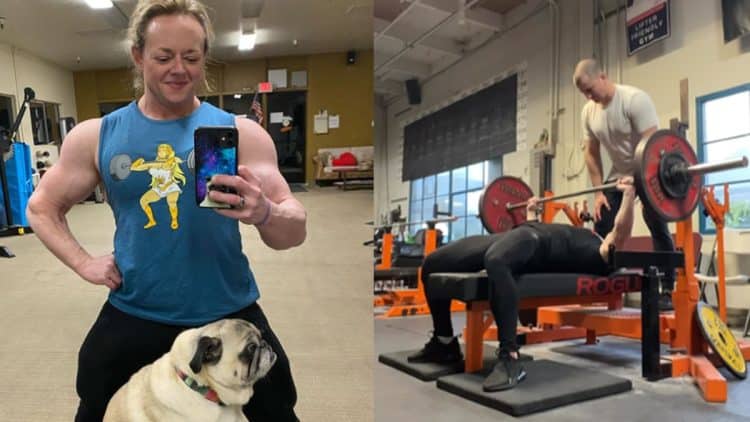 Kristy Hawkins has accomplished a lot in powerlifting, but she is currently aiming to become the best-ranked athlete across both men’s and women’s divisions. With her recent performance at the 2022 WRPF American Pro, Kristy claimed some records as well as a DOTS score of 704.76. Only Marianna Gasparyan has had a better performance prior to this, as she earned a score of 709.96 at the 2019 WRPF Kern US Open. Well, in order to overtake Marianna, Kristy has to improve just a bit more, and she has already done so by claiming a new bench press PR.

She has no weaknesses in any of her lifts, but her bench press is the least advanced. However, that won’t be the case for much longer. On Aug. 18th, Kristy posted a five-rep bench press PR on Instagram, which saw her lift 135 kilograms (297.6 pounds) with a perfect technique for each repetition. She did everything by powerlifting regulations and did not use any equipment to aid her in the set. So, her new PR is also completely raw.

Kristy Hawkins captioned the post with “Finally got this 5 rep PR @ 135kg/297lb.”, which makes it seem like she has been aiming to perform this for a very long time. So, although we don’t know when Kristy will compete next, this progress makes her next appearance highly anticipated.

It is very likely that Kristy Hawkins will push herself in the hopes of also setting a bench press World Record. Allison Hind currently holds that record, as she bench pressed 163.5 kilograms (360.5 pounds) at the 2018 XPS Iron Maidens. On the other hand, Kristy’s competition PR is 155 kilograms (341.7 pounds).

Kristy Hawkins At A Glance

Kristy Hawkins has competed at 20 sanctioned powerlifting competitions, of which she won 16. She is also currently on an 11-win streak.

Kristy Hawkins also competed as a bodybuilder, getting her IFBB Pro card at the 2007 NPC Nationals. She made her move to powerlifting after retiring from bodybuilding in 2011.

When powerlifters finish a competition, it’s rare for them to make progress right away, since they usually need some rest. The recent improvement Kristy has shown could foreshadow an incredible performance in the future. Furthermore, it is also a big step towards cementing her legacy as the greatest women’s powerlifter ever, since she could set all World Records in the 75-kilogram weight class at this rate.