Classic Physique contender Terrence Ruffin plans to hang up his posing trunks in the next two or three years: "That's the plan" 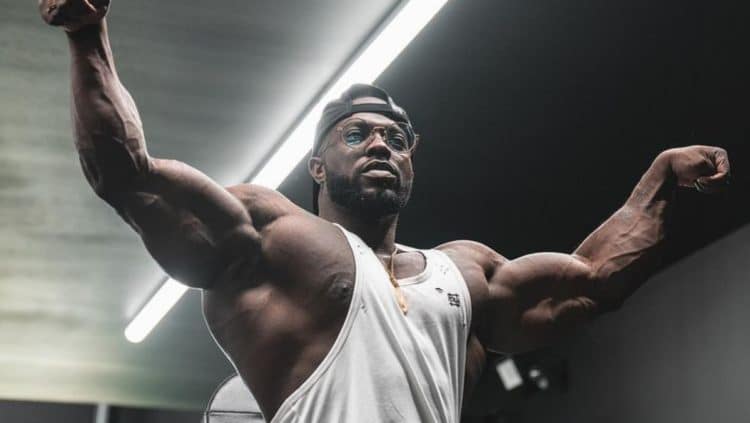 Classic Physique standout Terrence Ruffin plans to make the most of his time in bodybuilding before calling it a career. In a recent story post via Instagram, Ruffin revealed his plan is to win another Arnold Classic title and hang up his posing trunks in the next two or three years.

Terrence Ruffin rose to prominence in the Classic Physique division with sharp conditioning and detailed muscle separation. The bodybuilder is well respected for his eloquent posing routines, which always add an extra layer of finesse to his performances. Ruffin’s comprehensive approach to training has also guided him to the top of the sport.

He continued to build momentum as a Classic Physique competitor after placing runner-up at the 2020 Arnold Classic, behind champion, Alex Cambronero. He competed at Olympia that same year, and again, found himself in second place, this time to three-time Classic Physique Olympia winner Chris Bumstead. While he’s yet to earn a coveted Sandow trophy, he proved to have the best package at the 2021 Arnold Classic last year, where he exacted revenge against the reigning champ, Cambronero.

This year, Terrence defended his title in Ohio at the 2022 Arnold Classic. En route to the victory, he defeated second-place finisher Ramon Rocha Querioz, third place Urs Kalecinski, and former two-time Mr. Olympia Breon Ansley, who came in fourth. Ruffin is still in the prime of his career, but that hasn’t stopped him from creating an exit plan for when he decides to step away from bodybuilding.

Terrence Ruffin Opens Up About Future Bodybuilding Plans and Retirement

In a series of story posts published on Instagram, “Diesel” said he wants to win one more Arnold Classic title before calling it a career.

According to Ruffin, he’s been counted out since embarking on his bodybuilding journey. He added that he’s made the top 10 at Olympia every year he’s competed and has beaten every Classic Physique competitor that has held the crown.

During the fan Q & A, one person asked Terrence how much longer he plans to compete in bodybuilding. Ruffin said the plan is to no longer compete in two or three years.

This isn’t the first time Ruffin has contemplated retirement. Back in March, the Classic Physique star shared a similar tune, after expressing his plan was to step away from the sport in about three years. The two-time Arnold Classic champion also stressed that he understands the risks associated with bodybuilding, and the flood of recent deaths hasn’t deterred him from competing.

In preparation for his current season, Ruffin has attacked prep with a chip on his shoulder. The Classic Physique bodybuilder recently showcased an intense upper body training session and also gave fans a sneak peek into the type of meals he consumes before demanding workouts.

As of late, the Classic Physique bodybuilding division continues to increase in popularity. Earlier this year, the 2022 Boston Pro featured Classic athletes on stage last, which many interpreted as a sign of the division’s promising health and future.

Bodybuilding legend Arnold Schwarzenegger said the sport is becoming too dangerous, especially in the Men’s Open division. The 75-year-old is adamant that Classic Physique is the future and prefers the look of those competitors because they place more value on symmetry and balanced proportions.

Terrence Ruffin still has some work to do in the IFBB Pro League. Before stepping away from the sport in two or three years, Ruffin’s goal is to win a third Arnold Classic title.