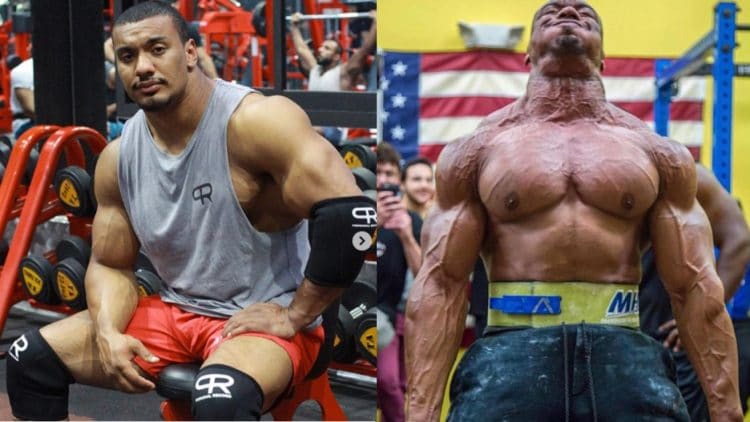 Larry Wheels will be competing at the Arnold Sports Festival, next month. Ahead of the contest, he explains his usage of anabolic steroids to prepare for the contest.

Wheels is one of the best athletes in the world today. With everything from bodybuilding, to arm wrestling, and powerlifting on his resume, he has proven himself to be something of a prodigy. Furthermore, his ability to constantly improve, with what seems to be no ceiling, has earned him to moniker of the Personal Record machine.

However, what some people do not agree with, is the fact that Wheels gets a lot of his results from steroids. Although many people consider steroid usage par for the course, others frown upon the use of performance-enhancing drugs. Regardless, Larry has been rather open and honest about his usage of steroids.

In a recent video to his YouTube, Wheels goes into details about his use of PEDs. The majority of the video is of he, and Andrew Jackson training hard for the upcoming Arnold Classic. Jackson will be heading to Columbus as a bodybuilder, while Larry will compete as a powerlifter. Four weeks out from the contest, the pair hit various weights, looking to go heavy in prep for the big show.

Something that became evident as the session went on, was that Larry Wheels seemed weaker than he usually does, around this time before the competition. As he explains, this is due to a change in the way he cycles his anabolic steroid usage. Normally, he will start the process around 10 weeks out from competition. However, he felt this was too early, so he has pushed it closer to the contest.

“As you guys know, I’m open about gear and stuff, I’ve come out with already,” Wheels said. “Usually I start about ten weeks out, leading up to the competition. But this time I realized it was jsut too early on, so now I’m bringing it down to six. Look, we all know that is a big part of competing at a world class level. We all take it, we all do it, it’s a big part of it.

“But when I would start too early, I would get to the competition and I’d feel burned out,” Wheels continued. “It would taper off, and my body would just feel exhausted, because it peaks, and then it drops. So this time, I’m starting six weeks out, only about a week ago, so my training numbers will be less. but it will peak, so when I get to the competition, I will feel stronger than I did in training.”

Larry Wheels recently took down his video and instead upload this version check out below:

Whether or not you agree with the use of steroids, the fact remains that Larry Wheels is not the only person using them. Therefore, it will be interesting to see how these changes in his cycle will change his performance next month.